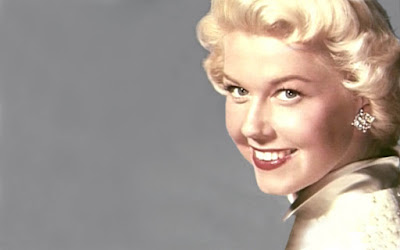 Que Sera, Sera propounds a particular worldview. Click the link to hear Doris Day argue for a rather passive approach to the future:

Frank Fear is a professor emeritus at Michigan State University, where he served as a faculty member for thirty years. Fear used the picture above to illustrate one of his recent columns in the LA Progressive.

Frankly, I am not totally convinced that the Que Sera, Sera reference was completely apt, with respect to the main point of Fear's argument. I do like the song, though (though I don't buy the deterministic message that Doris Day seeks to advance). I also liked Fear's column.

The main point of Fear's column was that "the American commonwealth is at risk largely because we (as a country) haven’t invested sufficiently in the power of tailwinds." By "tailwinds," Fear means  "giving poor children more advantages," which he believes (and I believe correctly) "can solve many otherwise intractable problems.”

Here is my invitation to read Fear's column. Just click that link. I think he makes a good case for a number of progressive policies that we ought to be pursuing, and helpfully illuminates one of the main differences between Republicans and the Republican Party and Democrats and the Democratic Party.

May I invite you, as well, to reject the idea that just because the future is not "ours to see," (an accurate statement, whether propounded by Doris Day or anyone else), it is most definitely not the case that "what will be, will be," at least if that phrase is meant to suggest that there is nothing we can do about the future.

The future might not be ours to "see," but it is definitely ours to "create."