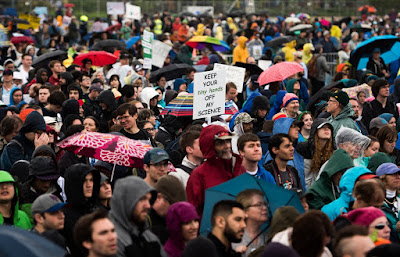 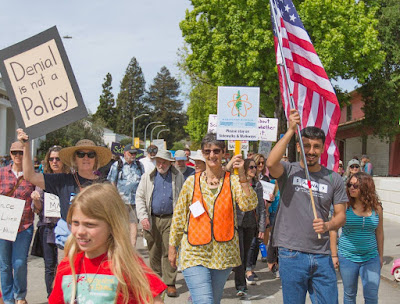 What science tells us about global warming is that we are well on our way towards a massive extinction event, and that our own extinction is likely to be imminent. Our failure to recognize that the World of Nature has built in laws and limits that we must respect is putting human civilization in peril.

The chart below comes from "The Great Change" blog. It's a little hard to read, even in the original, but it depicts the long trajectory of geological history, and illustrates the following proposition:

We are in a crisis in the evolution of human society. It’s unique to both human and geologic history. It has never happened before and it can’t possibly happen again.

Paul Hawken, the creator of a series of "ecological businesses," thinks we need to do more than merely "slow down," or "mitigate" the global warming that is putting  our human future in peril. Science definitely supports that assertion. Hawken also thinks he has a prescription that might work. He is calling his plan Project Drawdown. Hawken claims that this is, in fact, the "World’s First Comprehensive Plan to Reverse Global Warming."