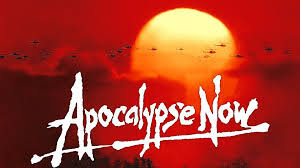 On Sunday, April 30, 2017, Salon published an article titled, "It’s the end of the world and we know it: Scientists in many disciplines see apocalypse, soon." Click the link to read a pretty depressing catalogue of potential dangers to the continued life of human beings. Stephen Hawking was cited as a scientist who is forecasting "the possible near-term demise of our species."

Salon thought it was particularly chilling that current apocalyptic predictions are coming from "scientists," instead of from religious practitioners or prophets of various stripes. "This is a worrisome fact," said Salon, "given that science is based not on faith and private revelation, but on observation and empirical evidence."

Salon's advice, given the circumstances? "Spend that 401k!"

I would like to suggest an alternative way to think about the "scientific" predictions being made about the end of the world, and I want specifically to disagree with the idea that since scientific predictions are based on "observation and empirical evidence" they are better predictors of the human future than predictions based on "faith."

"Scientists" are generally given that title because the people we call scientists study some aspect of the Natural World. This is a worthy occupation, of course. However, the Natural World is a world that is governed by "laws" that are "predictive" and "descriptive." In the Natural World, a world that we did not create, the rules that govern what happens are not susceptible of alteration. In the natural sciences, it's not a "law" unless it accurately describes what will (always) happen. "Scientists," accordingly, have a mindset that naturally assumes that what IS happening MUST happen, because that is, in fact, how the Natural World is organized.

The human world works on a different principle. In the human world, which we do create, the "laws" are not "descriptive" of what must, inevitably, happen. Our laws are "prescriptive." They state not what "will" happen, but what we "want" to make happen. We create the human world, which is the world we most immediately inhabit, and while our world is dependent on the World of Nature (something we forget at our peril), the human world is a world of incredible "freedom." Wishing won't make things happen, but by stating what we "wish" for, what we say we want, we take the very first step to making it happen in fact.

Thus, we are not "observers," as the "scientists" are. We are "actors" and "creators." The "empirical facts" that state inevitabilities in the World of Nature are merely factors to consider in the world that we create.

Let's be clear. Most of the threats accurately outlined in the Salon article are threats related to massive changes in the Natural World, and the laws that govern that World of Nature state inevitabilities; these "natural laws" are the cause of the changes in the Natural World that are putting our human world at risk. That's definitely the "bad news."

The "good news" is that most of the changes in the Natural World that are threatening the demise of our species are changes that have been caused by human action. And there is nothing "inevitable" about human action. What we have done in the past, and are doing now, we can do differently in the future. And that actually means immediately, since "the future" and "now" meet in every instant we are alive.

I guess maybe a little "faith" that we could, in fact, do something different might be a really good resource, right about now, because it is clear that the scientists are right that if we don't do something different in the future (meaning right "now") we will be destroyed by the consequences of what we have done in the past, and what we are continuing to do.

Despite the brilliance of Stephen Hawking, let's not move to Mars just yet! Let's wait a bit before we cash in our 401k.

I am told it's a myth that the Chinese character for "crisis" is composed of a combination of the characters for "danger" and "opportunity," but if that description is not strictly true, it's certainly metaphorically accurate.

We (those alive now) are in mortal danger. The "scientists" are right about that.

And we (those who live now) have a chance, have an opportunity, to transform all that we have done before, and to create a different world entirely. With a little "faith," we can live, at last, within the sacred limits of this beautiful Earth. When we do so, we can celebrate our life, within the World of Nature, and give thanks to the Life and to the World into which we have been so privileged to have been born.