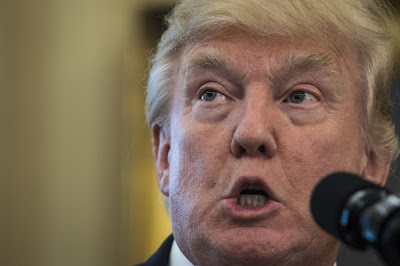 There is just one real check on the president — impeachment — and it is political, not legal.

The quotation above comes from an opinion column that appeared in the Friday, May 12, 2017, edition of The Washington Post. Fareed Zakaria's column was titled, "The Comey firing reminds us of a bigger danger."

Here is the essence of Zakaria's message:

The United States has the world’s oldest constitutional democracy, one that has survived the test of time and given birth to perhaps the most successful society in human history. What sets the nation apart is not how democratic it is, but rather the opposite. U.S. democracy has a series of checks intended to prevent the accumulation and abuse of power by any one person or group. But there is one gaping hole in the system: the president.

As a lawyer, I find that people frequently think that "the law" protects them. They believe, for instance, that since we have "a government of laws, not men," our "laws" should, and will, constrain bad actions. That is, however, a false hope, and a profound misunderstanding.

Human laws, unlike the laws that operate in the World of Nature, are "prescriptive," not "descriptive."  Laws in the World of Nature can be relied upon; they state what "must" happen. The Law of Gravity, which is my favorite example, is dependable. Throw something up in the air and it will fall back to Earth in a way that can be precisely predicted. Our human laws are different. They say not what "must" or "will" happen, but what we "want" to happen. They are a kind of democratic "doctor's prescription." Here is a diagrammatic representation of how our human law is generated, and how it relates to what  actually "happens," to how we govern our world:


Our "laws" represent decisions that follow the debate and discussion, the controversy and conflict, that is the essence of "politics." We make "political" decisions about what we want to do, and if we follow our own prescriptions, we quite often accomplish what we have said we want, and what our "laws" tell us is our objective.

This is a "feature" of our system, and not a "flaw." It is not a flaw that there is only one real check on the president, and that it is a "political" and not a "legal" check.