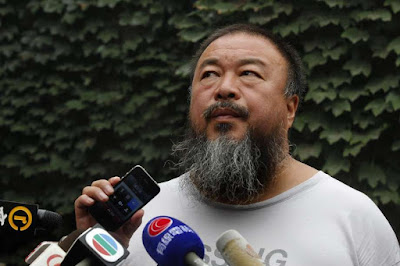 Leah Garchik writes a really nice column in the San Francisco Chronicle. Among other things, she always includes a little boxed quote that is something "overheard." She calls this practice, quite aptly, "public eavesdropping." Here is the quote she featured in her column on Friday, May 12, 2017:

“Yes, it’s a difficult conversation to have. But that doesn’t mean we have to have it.”

The first item in that same column was rather important, from my perspective:

The Federal Communications Commission has let it be known it is deciding whether to levy a fine on Stephen Colbert for making a vulgar joke about President Trump during a monologue on May 1. Furthermore, last week, Code Pink activist Desiree Fairooz was convicted of laughing during January confirmation hearings for Attorney General Jeff Sessions. And on Tuesday, May 9, reporter Dan Heyman was arrested for shouting questions at Health and Human Services Secretary Tom Price at the West Virginia Capitol in Charleston.

From an essay by the Chinese dissident artist Ai Weiwei that appeared in Sunday’s New York Times: “At first glance ... censorship seems invisible, but its omnipresent washing of people’s feelings and perceptions creates limits on the information people receive, select and rely upon. ... Censoring speech removes the freedom to choose what to take in and to express to others, and this inevitably leads to depression in people. Wherever fear dominates, true happiness vanishes and individual willpower runs dry.”

This is good advice from Ai Weiwei (pictured above). Could something like this be happening in the United States?

I think, however difficult it might be, that this is a "conversation we have to have." Let's not avoid talking about it.

The suppression of views not favored by those in power is a suppression that begins with actions by the government - actions like those Garchik lists - but later on, and most effectively, the suppression of dissenting views is mostly self-imposed. No one wants to be prosecuted for laughing at one of the potentates. Thus, increasingly, we don't laugh at the foolishness we see before our eyes.

Let's take some advice from Ai Weiwei. Let's not go there!