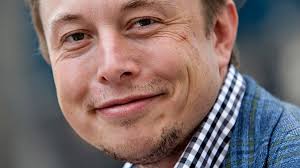 Elon Musk (pictured) is the Tesla guy, the billionaire with big ideas. He not only started a company to produce a very cool electric car, he heads up a company that is planning to blast people into space in reusable rockets. It was Musk who came up with the "hyperloop" idea, too. This is the transportation methodology that proposes to shoot you along a pneumatic tube at about 700 miles per hour, so you can get from Los Angeles to San Francisco in about twenty minutes. Old folks remember how department stores used to do that kind of thing with their paperwork. Why not "scale up?" Why not do it to people? After all, not everyone is claustrophobic!

Speaking of claustrophobia, the most recent Musk venture is the Boring Company. As in boring thirty levels of tubes underneath the streets of congested cities, so that you can get that pneumatic tube effect for short rides, too, not just those long, twenty-minute trips from one end of the state to the other.  Here is a link to a video that pictures it all for you. The image below depicts the machinery that would help build the futuristic system shown in the video. You can click here for additional information. 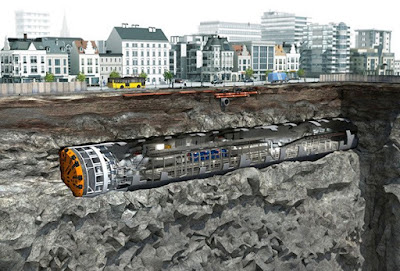 Maybe you think that taking our congested streets underground would eliminate congestion. I have serious doubts. The "induced demand" effect, with respect to transportation, is a type of "Parkinson's Law" for cars. As it turns out, when more transportation capacity is provided, it fills right up. There is so much demand just waiting around for an opening (check those cars at the curb) that a new lane (above or below ground, I'd suggest) gets filled up pretty fast.

Then, there is the objection that people are not gophers. That one speaks to me. If people are not gophers, there is a real chance that drivers will miss looking at other people passing by, as they are stalled in the middle of traffic jams on New York City streets. They might miss looking at the mountains and the fields when they get tied up in traffic on Highway 101.

Musk's transportation ideas seem to be based on the premise that transportation should be approached as the problem of delivering individual "packages," which might actually be people, from one place to another, as quickly as possible.

It all seems so "futuristic," and don't we all love tech?

When I think about Musk's gopher highways and pneumatic tubes, and this proposed new way of moving human beings around as if they were packages, I find no attraction in the concept. It's not that I am bored; I'm repulsed.