#129 / When The President Comes To California 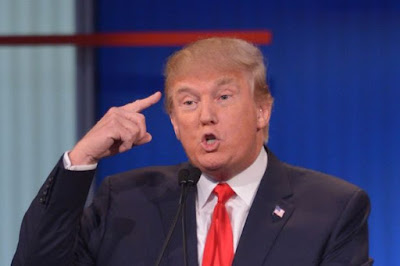 The New Yorker is not a big fan of President Trump. I cannot, in fact, recall any statement about Donald Trump's person and presidency that is more relentlessly negative than the evaluation provided by David Remnick in the magazine's May 1, 2017, issue. Remnick is the Editor of The New Yorker, and his commentary, supplanting the magazine's usual "Talk of the Town" introductory section, was titled, "A Hundred Days of Trump."

In the May 8, 2017, edition, The New Yorker ran a follow-up article by Evan Osnos. Osnos' article was called, "Endgames: What would it take to cut short Trump's Presidency?" Online, the article is called, "How Trump Could Get Fired."

One of the many suggestions advanced by Osnos is that the President might find himself disqualified,  and removed from office, under the procedures specified in the Twenty-Fifth Amendment to the Constitution. One basis for utilizing those procedures might be a judgment, for which there is some evidence, that the President is suffering from some kind of mental illness.

Such persons, under Section 5150, "may, upon probable cause, take, or cause to be taken, the person into custody for a period of up to 72 hours for assessment, evaluation, and crisis intervention, or placement for evaluation and treatment in a facility designated by the county for evaluation and treatment and approved by the State Department of Health Care Services." After a hearing, such a confinement could be extended.

Is the President a "danger to himself or others," which is the basic test for confinement under Section 5150?

Well, the danger is mostly to "others," I'd have to say, but that's a real danger.

So far, I haven't heard of any Presidential plans to visit our state, but if the President were contemplating something like that, he and his advisers should take a look at Section 5150.

I don't want to constrain any of his travel plans, but it does seem fair to provide this "heads up" for the President.