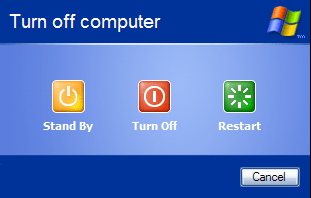 On Wednesday, May 3rd, the newspapers publicized a Trump Tweet that called for a "government shutdown" that would "fix the mess." I saw that headline in the San Francisco Chronicle, and here's a link to an article in The New York Times that discusses the President's statements.

At the time of this Trump Tweet, Congress had just avoided a governmental shutdown in a kind of budget "deal" that seemed to give Democrats a lot of what they wanted. President Trump suggested that it would probably be a good thing to do a total government shutdown later (say in September), with the idea being that this would have beneficial effects.

I really had to laugh at this idea, because we routinely fix our computers by simply shutting them down for a minute or two, and then restarting them. What didn't work before, now works. Eureka!

Our government is not, actually, like a computer, with self-healing properties.