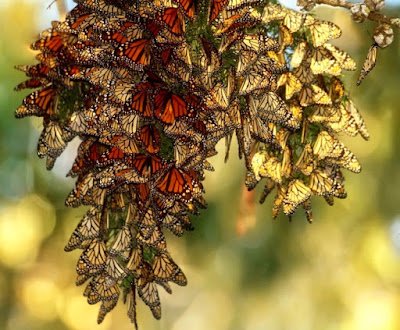 Ralph Benko is a political columnist, and he serves as a senior advisor on economics for the American Principles Project. He is also a member of the Conservative Action Project. CAP participants include "the CEOs of over 100 organizations representing all major elements of the conservative movement – Economic, Social and National Security – as well as representatives of the Tea Party movement."

In a recent article published by The Huffington Post, Benko proposes a modern "fable," focused on the "ecology of politics." Benko suggests his "fable" might inform our understanding of current political divisions. As you might guess from his affiliations, Benko describes himself as a "conservative Republican," so keep that in mind.

It is Benko's contention that "bees (like ants) live in a centralized hierarchical culture ... Bees have a Queen, fertilized by drones, who lays all the eggs from which more bees are hatched. The worker bees, all female, do the work of building the hive and foraging for nectar among the flowers, bringing it home to be refined into honey. Armed with stingers, consider them a militant species and, indeed, the hierarchical structure of the human military has many similarities with that of bees.

"Butterflies live in a decentralized, non-hierarchical, culture. They engage in courtship, mate, the female laying eggs which turn into larva and then caterpillars, which, in time, turn into pupa and emerge as butterflies. Butterflies, too, feed on nectar. But they don’t bring it to a central location, nor are they regimented. Consider the butterflies as somewhat akin to Hippies (of which I, although a credentialed right winger, am an aging specimen) of human society."

In Benko's "fable," Republicans are the "butterflies," and Democrats are the "bees." This actually seems somewhat backwards to me, since I have not personally known lots of "hippie" Republicans, nor very many "centralized, hierarchical" Democrats. Read the article for yourself, and you decide! Benko's point is that both bees and butterflies do just fine in nature, and "there is no need for us to declare war on one another. There are ample flowers to support both of us."

That lesson got some applause from Roger Berkowitz, the Academic Director of The Hannah Arendt Center at Bard College. According to Berkowitz:

Benko's metaphor makes political differences both comprehensible and palatable. If we can understand that those Republicans are butterflies and those Democrats are bees, it is easier to respect them. It makes eminent sense that bees and butterflies can share the same meadow even as they maintain their differences.

This strange idea, that a plurality of people with different understandings of the good can join together in a political world is at the center of Hannah Arendt's political thinking. Politics, as Arendt understands it, begins with the recognition of plurality and proceeds to discover the common understandings that exist amidst our differences. Those common understandings begin with the recognition of facts and the sharing of experiences. Together, shared facts and experiences contribute to a common sense that weaves us together without requiring that we hold the same opinions or live life in the same ways. Arendt's idea of politics is a unity amidst plurality. It is probably closer to the culture of butterflies than it is to bees, for Arendt was deeply suspicious of sovereignty and the unitary single governmental power of the hive structure. But Arendt also believed firmly in constitutional limitations to the eccentricities of pluralistic communities. A constitution is an expression of those common truths we come to share in spite of our differences.

Berkowitz goes on to observe that we are "living through a time when common sense, common experiences, and common facts are increasingly rare. There is no top-down antidote to our loss of a common world. We can only re-create that shared world by talking to each other across divides, coming to share conversations, experiences, and encounters that will allow us to see and hear what holds us together and not only what keeps us apart."

To achieve this kind of "cross pollination" (to use a "bee" metaphor), Berkowitz suggests that those concerned about the future of our democracy ought to be engaging in "Living Room Conversations."

There is an actual, structured program to try to make such conversations possible. Click the link if you want to know more. Benko, I guess, is personally involved.

I can't really say that I am too keen on Benko's fable. As I have already revealed, Benko's bee and butterfly designations seem to rub me exactly the wrong way.

I guess, though, I'd be willing to talk about it! That would be the idea of these "Living Room Conversations." 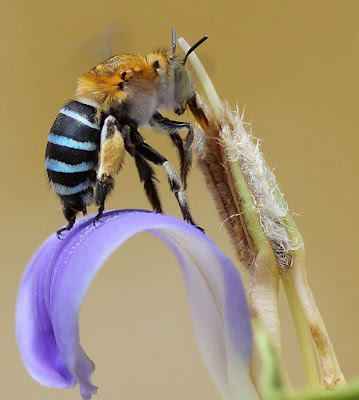