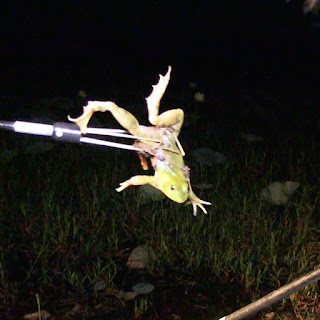 Among other definitions, the word "gig" can be defined as indicated below (and as illustrated above).

The editors of The New York Times, thinking of a different definition of the word "gig," have titled a recent editorial, "The Gig Economy's False Promise." The illustration that The Times used in its editorial makes clear that there is a relationship between the so-called "gig economy" and the use of a "harpoonlike device...for catching fish or frogs." 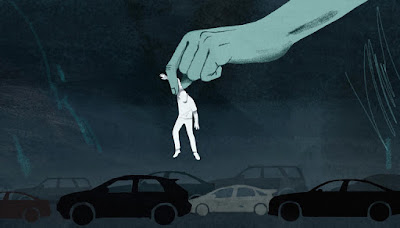 I have expressed some significant doubts about the so-called "gig economy" on two different occasions:

These doubts are shared by The Times, and I commend their April 10, 2017, editorial to you. In short, The Times notes that the "gig economy" is based on corporate arrangements made with isolated individuals, and that in this situation, the chances are overwhelming that the individuals involved will be "gigged," as in the first use of the word mentioned in this blog posting.

The solution, The Times suggests, includes both "legislation" and "lawsuits." Both of these are based on the idea that our individual lives take place in a "collective" environment, and that we need to act collectively, not just individually, when we seek to structure our world to achieve a just result.

It is only when we act together (in other words, politically) that we can protect ourselves from the fate of that frog.