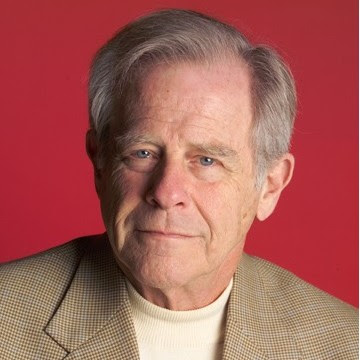 Theodore J. Lowi, pictured, died on February 17, 2017. He was eighty-five years old and had been the John L. Senior Professor of American Institutions at Cornell University since 1972.

The New York Times' obituary described Lowi as "a venerated political scientist who challenged conventional scholarship on presidential power, and identified the emergence of what he called “interest-group liberalism.”

If you are, by chance, going to be anywhere near Bard College tomorrow, Monday, March 27th, you might want to attend a commemoration of Lowi's work, hosted by the Hannah Arendt Center and the Bard College Political Studies Program. Click this link for details. The event is titled, "Lowi's 'The End of the Republican Era' and the Beginning of What? Reflections on The Rise of Trump."

I found out about Lowi, as I reported on March 5th, through my participation in a "virtual reading group," focused on Arendt's seminal work, The Origins of Totalitarianism. That reading group is also hosted by the Hannah Arendt Center.

As I said in my March 5th posting, a comment printed in the Arendt Center's weekly blog, Amor Mundi, convinced me that Lowi's book, The End of Liberalism / The Second Republic of the United States was now "one more book to read."

If you have always thought that "liberalism" is generally a good thing (certainly better than that "conservative" alternative we know about), Lowi will challenge your understanding. His book was originally titled The End of Liberalism, and was first published in 1969 (just as Richard Nixon assumed the presidency). A second edition was published in 1979 (near the end of the Jimmy Carter presidency). That second edition was titled, The End of Liberalism / The Second Republic of the United States.

The edition I read, pictured above, is designated as the 40th Anniversary Edition. It was published in 2009 (just as President Barack Obama assumed office). This latest version is just the same as the 1979 second edition, but with a new Preface. In this edition, Lowi is now suggesting that the United States is really up to its "Fifth Republic." As he says in the Preface, "This 40th Anniversary Edition could well be subtitled 'Five Republics, and Counting.'"

By enumerating successive "Republics," Lowi is seeking to chart sequential, fundamental restructurings of the United States Government. In 1979, in the second edition of the book, he was advancing the idea that our original political system, based on the Constitution, had been fundamentally changed, and so he added that  reference to a "Second Republic" to the initial, 1969 title.

By 2009, having thought more about it, Lowi was charting at least five different fundamental transformations since 1776, but he didn't want to rewrite the book in its entirety. Instead of providing an extensive explanation of each of these transformations in the book itself, which would have required a complete rewrite, he outlined the transformations in a very summary fashion, in the Preface. What Lowi had thought of as a "Second Republic," in 1979, is now denominated as the "Fifth Republic" in the latest, 40th Anniversary edition.

Here is how Lowi now outlines the successive "Republics" he identifies. The "First" Republic, in Lowi's schema, was the product of the American Revolution, in 1776, as formed under the Articles of Confederation. The "Second" Republic, formed in 1789, was the government established by the United States Constitution. While that "Second" Republic ended with the Civil War, Lowi says a "Third" Republic only really came into existence in 1868, with the addition of the Fourteenth and Fifteenth Amendments to the Constitution. The "Fourth" Republic, which Lowi dates to 1937, was the "Roosevelt Revolution" and the New Deal. The "Fifth" Republic (called the "Second Republic" in the 1979 edition) is essentially our current system, coming into existence, as Lowi now sees it, with Ronald Reagan. Here is how Lowi describes this latest transformation:

Although the Democratic presidents during the end of the Fourth Republic fully embraced presidential government, the true Founders of the Fifth Republic were Republicans, a movement committed to a new state theory of "absolute power" ...  Edwin Meese III, who had been promoted in 1985 from Reagan's White House counsel to attorney general [advanced an] interpretation of the "unitary executive." Meese even contended that the Supreme Court's interpretation of the Constitution did not necessarily bind the chief executive.

In short, Lowi says our current government is structured around a "personal presidency," which asserts an absolute power for the president, and which has two faces:

Not the tears and laughter of the tragedy and comedy of the theatre, but two frowns of consternation. The two faces are not the two parties, Democratic versus Republican. Not two ideologies, liberal versus conservative. The two faces are the splitting of the atom of American sovereignty into two states-within-the state: the Garrison State and the Corporate State. These two spontaneous energies could put an end to the liberal state and to liberalism itself.

President Eisenhower (still operating within that "Fourth" Republic, in Lowi's listing) warned of the "military-industrial complex." Lowi validates the warning, and brings us to the Age of Trump, who fully realizes the horrible potential (and now, in fact, reality) that Lowi describes in his book.

One final thing should be said about what Lowi means by "interest group liberalism," which is the approach to government that facilitates the "unitary presidency" and the claim of the federal government to "absolute power." This "liberalism" is defined as the abdication by the Legislative Branch of government of actual "legislation."

In the Constitution, which the people believe still exists as the definition of our government, the policy decisions about what our nation should do are to be made by Congress. And yet, as Lowi shows in this book (his analysis of this phenomenon being what the book is all about), Congress has given away actual authority to the Executive. The "laws" passed by Congress do not actually determine anything; they just delegate the power to decide what should happen to the Executive, and to the Executive Branch agencies.

The "Rule of Law" is lost if the "law" is what presidentially-directed administrative agencies decide it should be, instead of what the people's elected representatives determine. And that is exactly what has happened.

Let us take a timely example in the area of immigration. What should the rules be? Here is what Congress has said (and this is the authority which Donald J. Trump now wields):

Total decision making power to the President. This is NOT an exception, but is characteristic of how our government is now structured.

Lowi's book analyzes exactly this phenomenon in all the major areas of federal government involvement in our lives. He calls it "liberalism," on the basis that it provides "liberal" grants of power to the federal government, as the Executive Branch agencies may determine the rules, letting various interest groups "bargain" with the agencies to try to get the results they desire. The idea of the Congress enacting laws, based on debate and deliberation carried out by elected representatives, has been totally abandoned, and what is left, says Lowi, is the Military/Corporate state, which does what a "personal president" decides it should do.

This is compelling book.

This book documents a distressingly dangerous situation for a nation which still believes, against analysis, that "democracy" is the name of what we do, and how we want our government to be structured.