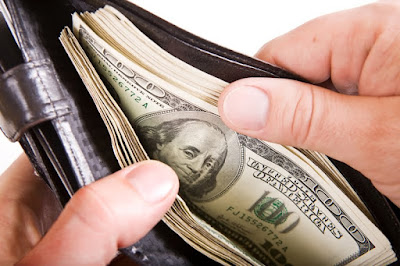 My grandparents (on my mother's side) were knocked out by the Great Depression. They were both Democrats. My mother was a Democrat, too, and after she married my father, my mother converted my father into a Democrat. It was pretty clear that my father was not allowed to make up his own mind. He could either become a Democrat or get divorced. I am happy my father made the right choice. I am around to talk about it because he did.

In 1993, as I was getting ready to complete twenty years as a County Supervisor, I decided that I would not run again (although I didn't really tell anyone that), and I was thinking about what to do next. That is when a special election came along, and I tried to get elected to the State Assembly. Running for a State Assembly seat definitely meant running as a Democrat, in what is absolutely a "partisan" office.

I had high hopes about going to the State Assembly, but I wasn't very popular with the Party leaders, and was made to travel to Sacramento to meet with Willie Brown and John Burton, to defend my decision to reject Political Action Committee (PAC) contributions. They were outraged by that decision, but were mollified when I told them that I thought that this position would actually help my campaign, in view of the politics of the District. They did a high-five together, in the Speaker's Office, when they concluded that my decision about PAC contributions could be seen as a decision based on a political calculation, and not on some kind of "principle."

I didn't win that 1993, off-year, special election, and so I never joined the ranks of the partisan Democrats in the State Legislature, and it was only in 2016 that I next ventured into Democratic Party politics by becoming an Alternate Delegate for Bernie Sanders. I traveled to the Democratic National Convention in Philadelphia last year, and it became abundantly clear to me that Party leaders at the national level didn't like Bernie Sanders in 2016 any more than Party leaders at the state level had liked me in 1993. Same result, too, I am sorry to say.

At any rate, as I said in my blog posting on Monday, I think the future of the Democratic Party is very much open to question. Former Bernie delegates are sorting themselves into two groups: DemEnter and DemExit,  which isn't a comforting sign of the kind of "unity" that current Party leaders are calling for. The future of the Party is very much in a "wheel's still in spin" mode, as Bob Dylan might put it.

As the Democratic Party sorts itself out (at every level), and decides what sort of Party it should be, I think that this true story, from my own experience, might be of help to those who are thinking about the Party. I think it shows what ordinary people expect from the Party, and paying attention to that makes sense to me, since the stakes are so high.

ON THE UCSC CAMPUS

Proposition 70 qualified for the statewide ballot in June 1988. This was an initiative measure, sponsored by the Planning and Conservation League, and provided bond funding for various conservation purchases around the state, including money for the acquisition of Pogonip. I sat on the PCL Board of Directors, and wanted to preserve Pogonip as part of a Santa Cruz City Greenbelt, and so I went to campus to gather signatures for the initiative campaign, trying to help qualify the measure for the ballot.

One male student was filling out the voter registration form, and had reached the place where it called for the prospective voter to state a party affiliation. Those doing the registering are not, really, supposed to try to influence that choice, so when the student asked me, "What am I, a Republican or a Democrat?" I hesitated.

Another student, a young black woman, was passing by, and she obviously overheard this question. Before I could respond, she whipped around and came right up to the student who had asked how he should register.

"You got lots of money?" the woman student asked.

"No," the male student replied.