#69 / Health Problems? Here Is My Prescription 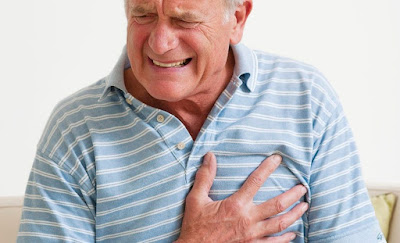 Health Problems
Opposition is mounting against the GOP’s health bill. Groups representing hospitals, doctors and seniors are urging House Republican leaders to put the brakes on their plan to overhaul the Affordable Care Act, saying it risks stripping too many people of insurance and in some cases would hurt industry finances. On a day when two House committees began formally debating the newly unveiled GOP plan, the cautions and opposition from groups such as AARP, which represents older Americans, the American Medical Association and the American Hospital Association showed the difficult path ahead for the legislation. Republican leaders are also scrambling to satisfy a large cadre of conservative lawmakers who want to scale back the government’s role in health care and oppose a new set of tax credits in the bill aimed at helping people buy insurance.

I, for one, am happy to hear that "opposition is mounting" to the so-called "American Health Care Act," a legislative proposal that the American Medical Association (AMA) calls "critically flawed." Despite that well-informed evaluation, the proposal nonetheless has strong support from the Republican leadership in Congress, and particularly from party leaders in the House of Representatives. The American Health Care Act has also been fully endorsed by our current president, despite the fact (surprise, surprise) that the proposed legislation almost totally fails to conform to the promises he made about health care reform during his presidential campaign.

When The Wall Street Journal says that "opposition is mounting," I believe this means, as The Journal reports, that groups like the AMA and the American Association of Retired Persons (AARP) are making public statements pointing out the deficiencies of the proposed legislation, and that these national groups have also deployed their large battalions of lobbyists to meet with "House Republican leaders" in their Washington, D.C. offices.

All that is fine, but it is not sufficient. At least, that is my opinion.

Frankly, the "House Republican Party leaders" who seem to be the target of the "mounting opposition" are not likely to be scared by the opposition. These leaders generally have secure seats, and they certainly have the ability to raise any amount of money they need to fund a contested reelection campaign. If they lost, they would quickly be given even higher-paying lobbying jobs. The "leaders" really have no reason to fear even a massive negative reaction to the poison pill they're pushing. Besides, these "leaders" are "leaders" because they raise lots of money, and they are already bought and paid for. They could not care less about the actual effects of the so-called "reforms" they are promoting.

The AMA, AARP, American Hospital Association (AHA), and other groups opposing the current "reform" effort should put large and visibly upset delegations of actual voters into the District offices of each and every Republican Member of the House of Representatives. No violence, please! Just let them know that they will be denounced and defeated if they go along with the health care reform fraud that the Republican Party "leadership" wants to palm off on the American people.

Regular Members of Congress actually do pay attention to whether or not they will be reelected (if they think that's a real question). The only way to win this fight is to make Republican Party Members of Congress understand that they will lose, lose, lose if they dare to go along with the sham reforms that their so-called "leaders" are trying to make them support.