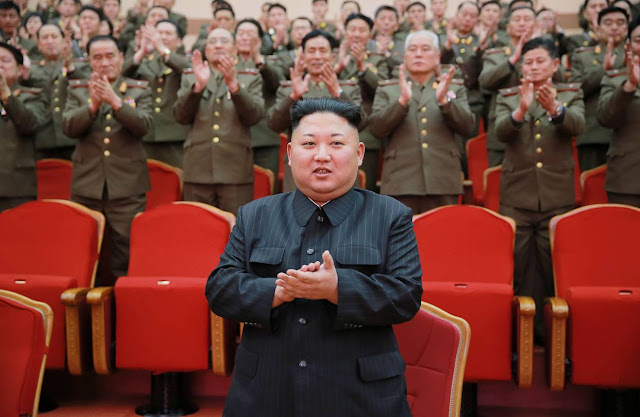 The President of North Korea, Kim Jong Un (pictured above), made the news last week. An article in The Wall Street Journal said that Kim Jong Un ordered five officials killed for presenting him with "false reports." There is not much doubt that Kim Jong Un had his uncle killed, too, in 2013. It also seems very likely that Kim Jong Un was the person who ordered the execution of Kim Jong Nam, the President's brother. This execution was carried out in Malaysia by paid assassins using a toxic nerve poison known to be possessed by North Korea, but otherwise not really too available!

Kim Jong Un is not the only presidential killer walking around. Take President Rodrigo Duterte, of the Philippines, who has bragged about the killings he has ordered. Duterte, for instance, claims that he would "kill his own child," if necessary, to advance the war on drugs that is one of his big public policy priorities. Here's a nice picture of Duterte, so you can avoid him, if you happen to run across him anywhere: 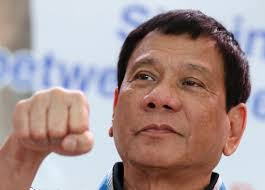 Kim Jong Un and Duterte are not the only presidents who have ordered people killed. To be fair, both George W. Bush and Barack Obama, each of whom served as President of the United States for eight years, must also be counted among the presidential killers. Here they are. They look happy! 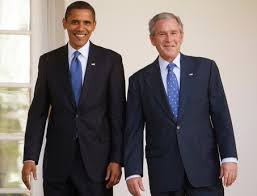 A program of drone killing, initiated by President Bush, was significantly expanded by President Obama, who ordered the death of lots of people he thought were "terrorists." At least one of them was a U.S. citizen. "Due process" was not involved, in any way, in these death sentences handed down by our last two presidents. Now, we have a new president. Many feel that he is erratic. Who knows whom President Trump is going to put on the "kill list?"

President Kim Jong Un kills "traitors." President Rodrigo Duterte kills "drug dealers." These are not admirable people. And neither are "terrorists," of course, whom our own presidents have chosen to condemn to death.

Here is my modest proposal. Let's stop allowing our presidents to model their behavior on the behavior of presidents like Kim Jong Un and Rodrigo Duterte. Let's withdraw permission from our  president to kill people, without a trial, in our name.