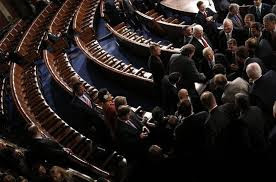 Democrats in Congress were criticized by a Wall Street Journal columnist last week. Daniel Henninger claimed that Democrats "abandoned the ship of state" by walking out, en masse, at the conclusion of the President's recent address to Congress.

I think "resistance" to the Trump presidency is key, but I agree with Henninger that this orchestrated walkout sent the wrong message. The way to "resist," in my opinion, is to hang in there and oppose bad policies and bad acts. In does not inspire confidence if it becomes possible to portray the "opposition party" as being so far above it all that it doesn't even have to stick around while the other team has the ball. The Halls of Congress are where "we the people" are supposed to write the rules that govern our nation. Even symbolically, walking out of Congress sends an "I give up" message. We can't give up, and cede the field.

The Henninger column pointed out that President Trump has appropriated Andrew Jackson (a populist and popular Democratic Party President) as his model for how a president should conduct himself. President Trump, by doing that, at least as Henninger tells it, has commandeered the Democratic Donkey as his own symbol.

Say it isn't so, Democrats! Stand your ground, hang in there, and keep on kicking back against presidential assaults against democracy. 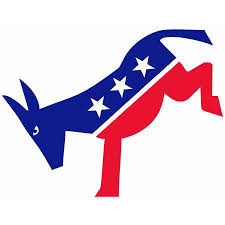