#67 / Trolls And The Filter Bubble 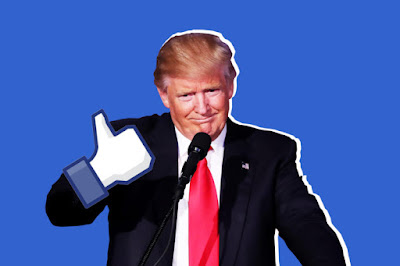 Troll culture was forged in the primordial ooze of the internet ... In 1993, LambdaMOO, a popular virtual community, was besieged by a user called Mr. Bungle, a character dressed as a clown in a semen-stained costume. One evening, Mr. Bungle used a programming trick to make it appear as if other users were performing violent sex acts on one another. Later, when his targets demanded an explanation, Mr. Bungle typed: “It was purely a sequence of events with no consequence on my RL” — real life — “existence.”

If you want to know more about how "troll culture" has taken over our national politics, with the President of the United States now having substituted in for Mr. Bungle, to play the role of the nation's Chief Troll, you should probably click this link. That will take you to an article that appeared in The New York Times Magazine on Sunday, March 5, 2017. The Times' article is the source of the quote presented above.

Among other things, the idea that "RL" is unconnected to the online world that real people increasingly inhabit, should give us pause. There seems to be some truth that more and more of us are leaving "RL" behind, as we forge friendships, enter into romantic relationships, and discuss critical matters of public policy. In that non-RL, internet-centric "existence," trolls can abound, and do! Naming President Trump as our "Chief Troll" must surely resonate with most of those who will be reading this, and who are familiar with his clown-cloaked Tweets.

On Sunday, March 5th, The Times also ran an article (right on the front page, as a matter of fact) that discussed the ramifications of our internet dependency in another context. Titled, "How to Escape Your Political Bubble for a Clearer View," the article describes how internet users, which means most of us, are now living in a non-RL bubble that insulates us from any aspect of RL that doesn't reinforce our preexisting biases and beliefs. The article calls that the "Filter Bubble," and goes on to describe various new browser "plug-ins" that can help us compensate, while we are online.

The plug-ins are probably great, but I am suggesting that RL is the best antidote for the Filter Bubble.

Go to an actual City Council Meeting or School Board Meeting. Take a class at a local Community College. Join a bowling league (in Columbine or wherever else you might live). Get involved in a political campaign, and walk around some different neighborhoods.

Lots of those "deplorables" we find out about online, in video clips, and postings, and Tweets, are actually pretty nice people (even if they do, sometimes, have some really objectionable political views).

Here is another way to put it: