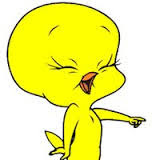 From the President on down, lots of us have turned into little "Tweety Birds," firing off 140-character messages at will. This may not be forever. There is some evidence that Twitter, as a business, could ultimately disappear. Successful as it may have been otherwise, it appears that Twitter is not actually profitable.

As long as Twitter continues to last, though, it will undoubtedly continue to have a big impact on public discourse, and on our political and civic life. Certainly that will be true as long as our President continues to act as our Twitterer in Chief, firing off his commentaries on all sorts of topics in the early morning hours, in an apparent effort to dominate each new day's "news cycle."  On Saturday March 4th, for instance, I woke up to a news story about a series of unhinged Tweets from President Trump suggesting that President Obama had wiretapped the Trump Tower.

Reports indicate that various Trump advisors have tried to tamp down on Tweets, but Presidential efforts at "Twitter Discipline" have not seemed to work!

I was going to say, in my second paragraph, that Twitter is likely to continue to have a big impact on "civic" discourse, but then I realized that "civic" is somewhat related to "civil," and those Tweets from Twitter (including those from the President) are often anything but that. They all are "public," though, and our public discourse profoundly affects our civic life and politics.

The lack of civility often found in the communications launched as Tweets, on Twitter, is just one of the many problems associated with a communications methodology that not only allows, but encourages, people to speak quickly, before they think too much about what the impact of their words might be.

I think it is important to resist the "Twitter Temptation," which I contend is a general phenomenon, exemplified and advanced by Twitter, but that extends far beyond Twitter itself.

Maybe I am wrong, but I sense in the population an ever-greater and general willingness to speak out on important and serious topics without actually reflecting very much on the likely impact of what is being said. It's too easy to "Tweet." Every person, and life in general, and certainly our politics, are all much more complicated than anyone could ever explain in one of those pithy 140-character Tweets. Trying to communicate anything serious by Twitter, whether "Twitter" is taken literally or more metaphorically, as I am trying to suggest it should be, is automatically to ensure that such short-form communication is fundamentally flawed

When we talk, we should not be training ourselves to exclude the rich complexities of life. We need to resist that "Twitter Temptation."