#58 / I Would Pretty Much Say The Opposite 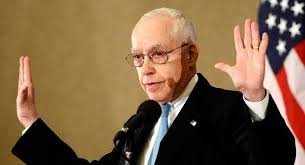 According to Mr. Mukasey:

That statement headlines Mukasey's opinion column, printed in the February 21, 2017 edition of The Wall Street Journal. You know, I think I would pretty much say the exact opposite thing.

Anyway, that's the way I see it.

Once we decide that it is perfectly alright for our government to "know things" that we don't know, the government is in charge of us, instead of the opposite. And no one doubts that this is exactly how things are, right at the moment.

People know that government officials of various stripes are in possession of lots of "secret" information to which we, as members of the public, have no access. Those who do have access to all that "secret" information are sometimes called the "Deep State," and there are some who argue that the "Deep State" seems a lot more stable, and reasonable, and responsible than the elected officials that our democracy has most recently brought forth to run the government.

You know who we're basically talking about, right? Check it out below. That's him! That's the guy! 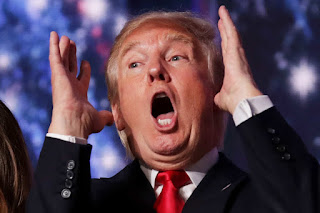 Our democratic system is being challenged in various ways right now, and I think it's probably a good idea to get back to the basics.

If we want "self-government," then we have to get involved in government ourselves. If we want "democracy," then we need to demand that we, the people, get accurate information about what the government is doing.

That all takes a lot of work. No big surprise.