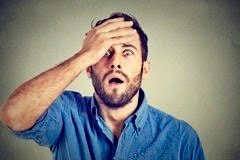 Last week, on February 15th, The New York Times ran an article with this headline: "Capital Reels Amid Tumult." The headline placed on the online version of the article called the first few weeks of the president's tenure a time of "unbelievable turmoil." It would be hard to deny the validity of that description.

Many, even those who supported Donald Trump in his presidential campaign, have felt that the new administration has not gotten off to a good start. Some (usually those who did not support Mr. Trump) are calling for impeachment, or for a "special election to remove Trump from office," which would be something absolutely outside the boundaries of our Constitution.

Besides noting with alarm an appearance of "turmoil" and "tumult" within the government, some have characterized the president himself as "dazed and confused." A Times column published on Sunday, February 19th, by Richard A. Friedman, a professor of clinal psychiatry at the Weill Cornel Medical College, noted with some alarm that many commentators seem to be diagnosing the president as having some kind of mental disease, without actually having the information needed to make such a diagnosis. One speculation, in fact, has been that the president's behavior reflects an untreated case of syphilis.

Upset and tumult aren't usually desirable, when we think about the conditions under which good government thrives. Let's not, as citizens, become hysterical ourselves.

Calm and competent (and energetic) engagement in our government, to make it work the way it is supposed to, is the course of action I recommend. To the degree that the public believes that the government is dazed and confused, and is no longer credible, we make it easier for despotism to put down roots.