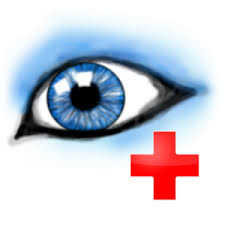 As promised, I am especially trying to think about "politics" this year, and about how we might be able to make our politics better. It's my thought, as I suggested yesterday, that we need to start making our elected representatives do the hard work of policy-making. We shouldn't allow the Congress to let itself off the hook.

Congress has essentially decided to govern by delegating a large part of its own powers to the President. That is not supposed to be the way we decide, collectively, what our nation is going to do.

From trade wars to real wars, let's make our elected representatives, who collectively represent the entire country, do the work they are supposed to do. Let's make them make the basic policy decisions.

The current concept seems to be that the President is "the decider" (maybe that came in with George W. Bush). In terms of how the Constitution lays out the various responsibilities, this is just plain wrong. Given that we are going to have a President, as of January 21st, who meets the DSM description of a narcissist, and who manifests an evident lack of personal self-control, and who doesn't object when he is called "his Excellency," this is of particular importance.

We are in this together, and whatever gets done, for good or ill, it's a "we," and not an "I" who does it. Who should get the credit or the blame?