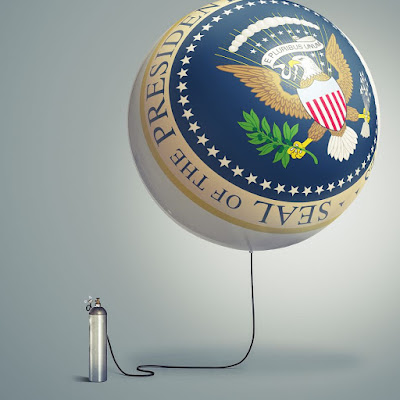 Loretta Lynch is currently the Attorney General of the United States (but not for long). Lynch was quoted in a recent article in The New York Times, titled "Loretta Lynch's Parting Message." She is clearly worried about whether the federal government will continue to "march toward a more just and peaceful future." That's something worth worrying about, given that the person whom president-elect Trump has named to succeed her is Alabama Senator Jeff Sessions. Sessions has a record indicating support for racial discrimination, and a commitment, in particular, to preserving Alabama's long history of "separate and unequal education," to quote from another article in The Times.

By way of an antidote to despair, The Times quoted Lynch to this effect:

The Times noted that it was "sobering to hear a departing attorney general implicitly telling vulnerable Americans that the federal government may fail to protect their rights and that they will have to do this work themselves. But any other message would whitewash the painful truth."

The same day the article about Lynch's "parting message" appeared in The Times, an article titled, "Donald Trump and the Overinflated Presidency" appeared in The Wall Street Journal. While The Times bewailed the possible diminishment of federal action on civil rights under a Trump presidency,  the article in The Wall Street Journal, as the title indicates, focused on the immense and "inflated" powers that have come to be asserted by Presidents of all stripes, noting that such inflated powers will soon be wielded by Donald Trump, and by those whom he appoints to executive positions in his administration.

Here is how The Journal puts it:

Over the past century, presidential power has grown enormously in both foreign and domestic affairs. The only real check has occurred when the people themselves say that they have had enough—protesting in the streets, reshaping the parties and throwing the rascals out. In the end, only the American people, exercising their rights of speech, voting and association, can rein in a presidency that congressional Democrats and Republicans alike have allowed to grow far beyond the original bounds of the Constitution.

Both The Times and The Journal, in other words, coming from what are considered to be different "sides" of the political debate, are recommending aggressive political activity at the grassroots.

Hey, I think they are both right on target!