#1 / Names Have Been Changed 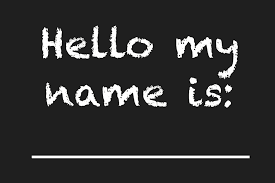 I have been writing a blog for eight years. I wrote the first of my blog postings in early January, 2009. I titled my new blog, Abrazos/365, in honor of Eduardo Galeano, author of a wonderful book, The Book of Embraces, which is titled El Libro de los Abrazos en Español. The title I chose was also intended to commemorate my intention to write one blog post every day. The "/365" part of the title was to demonstrate that commitment.

Let me recommend Galeano's book, by the way, as I did way back on January 25, 2009, repeating that good advice on December 31st of that year, and once again on January 1, 2011. In fact, I recommend ALL of Galeano's books, in either English or Spanish. I am sorry he is no longer with us.

By the end of 2009, I had to confess my failure as to the daily blog postings. I determined to keep on, nonetheless, and I still wanted to bring discipline to the task, and to do one blog posting each day. I decided to keep the "/365," but I also decided to change the name of the blog.

As I explained on December 31, 2009, I changed the title of the blog to "reflect my continuing efforts to understand 'the world' by seeing it as consisting, in fact, of 'two worlds,' both of which we inhabit simultaneously, and one of which we create ourselves."

On January 1, 2011, I was happy to be able to say that I had, in fact, published one blog posting each day during 2010 (though I had to acknowledge that there had been some problems with the numbering). Given my success in writing something each day, I decided that my blog would continue to be published under the title, Two Worlds / 365 during 2011.

On January 1, 2012, one year later, in a posting titled, "Just A Little Title Change," I announced my intention to rename this blog once again, and to drop the "/ 365." This was not because I had failed to maintain my commitment to publish one blog posting each day. I made a posting every day in 2011 - and without any numbering errors, either! But as I said in 2012, I just decided to "relieve myself of that commitment."

Today, at the start of what I think is likely to be a very consequential New Year, I have decided to change the title of this blog once again. Changing the title works backwards, as well as forwards, so the Two Worlds name will disappear entirely, just as the Abrazos title did. All the postings remain, and my ideas are not going to be any different, either.

Starting today, this blog will be called, We Live In A Political World. That's a shout out to Bob Dylan, of course, who will presumably receive his Nobel Prize check sometime in early 2017, and who is supposed to give some sort of public presentation in connection with that. I am looking forward to that presentation, whatever that turns out to be.

If you are not familiar with Dylan's song, Political World, you can click the link for the lyrics. You can also watch a music video below:

There is more to the title change than my admiration for Bob Dylan. I still hold to my "Two Worlds Hypothesis," and I am sure that I am not going to forget about the environment, and the World of Nature, as I write my daily blog postings during the year to come.

But we do, inevitably, live, most immediately, in a "political world." The "Political World" we inhabit is a world that we create, together, through our own actions and activities. The name for these "actions and activities," the ones we undertake together to shape our world, is "politics."

This is a good year to pay special attention to "politics," because our actions and choices in the year to come will almost certainly have vast impacts not only on our own, "human" world, but on the World of Nature that sustains all life.

Bob Dylan doesn't think much of the "political world" he sings about - and I don't blame him. Seen as a description of current realities, his commentary is right on the mark, and our politics are despicable (or maybe "deplorable" is the word I should use).

Let me state, again, however, as I always do, that it is we who create the "political world" we most immediately inhabit. Nothing is inevitable in the world we create. All things are possible, and "miracles," in fact, are to be looked for in the political, as much as in the theological, realm. As long as human beings have the gift of freedom, which means our freedom to act, and to choose to do something different from what we have always done, something different from what is expected, we can (as we have always done in the past) transform the reality of the world in which we live, telling "an entirely new story, a story never known or told before."

That is a quote from Hannah Arendt, in her book, On Revolution. In another place, in an essay titled, "What is Freedom?" Hannah Arendt said this about the importance of miracles in politics:

It is not in the least superstitious, it is even a counsel of realism, to look for the unforeseeable and unpredictable, to be prepared for and to expect “miracles” in the political realm. And the more heavily the scales are weighted in favor of disaster, the more miraculous will the deed done in freedom appear. It is men who perform miracles—men who because they have received the twofold gift of freedom and action can establish a reality of their own.

This year, we will need to pay especial attention to politics. We do "live in a political world," and we will need to get involved in that world this year, to plunge into that world, and to act. Only by doing so will we be able to create a human world worth inhabiting, a world that is worthy of our greatest aspirations, and a world that we can bequeath, without regret, to our children and their children.