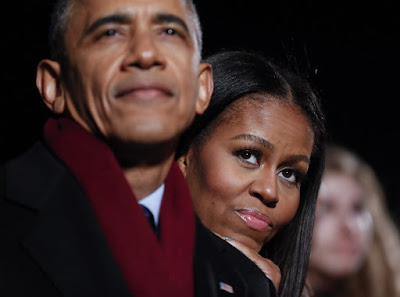 I kind of liked a recent column by E.J. Dionne, Jr., one of those Washington Post pundits. That's where I found the picture above. If you would like to read the column yourself, which was published on December 28th, click the link. The column was titled, "The good that could come from a Trump presidency."

If I can make a general characterization about the "good" that Dionne is suggesting might arise during the upcoming Trump presidency, it is that the American people are going to have to get more politically engaged:

Let us consider what good might come from the political situation in which we will find ourselves in 2017. Doing this does not require denying the dangers posed by a Donald Trump presidency or the demolition of progressive achievements he could oversee. It does mean remembering an important distinction President Obama has made ever since he entered public life: that “hope is not blind optimism.”

“Hope,” he argued, “is that thing inside us that insists, despite all evidence to the contrary, that something better awaits us if we have the courage to reach for it, and to work for it, and to fight for it.” ...

It is this spirit that began to take hold almost immediately after Trump’s election. Americans in large numbers, particularly the young, quickly realized that the coming months and years will require new and creative forms of political witness and organization.

I agree with what Dionne has written, above, and particularly with his last paragraph. And here is another way to think about it: To the degree that we, as citizens, have let elected officials (including the President) run our lives, based on a feeling that they have our best interests at heart, and are generally doing the best they can, we have been making a mistake. Let's be clear. This is NOT how self-government works.

Elected officials are NOT your "Daddy and Mommy." No matter who they are, you cannot ever assume that they are going to be doing the right thing, and doing their best. You need to stay on top of them. They are working for you (not vice versa).

The relationship between citizens and those who have been elected to represent them is a power relationship, and WE, as citizens, need to remember who is supposed to have the power - and who does have the power, if we are willing to mobilize it.

The role of citizen is not an easy assignment.

That's what Dionne's column reminds us.

Even though we may love them, the beloved elected officials we look up to and admire are NOT our Daddy and Mommy!