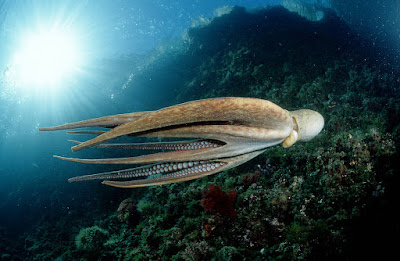 The New Yorker ran an article by Om Malik on November 28, 2016. Malik claims "Silicon Valley Has An Empathy Vacuum." Malik, in other words, thinks that empathy is a good thing, and faults Silicon Valley for its "distinct lack of empathy for those whose lives are disturbed by its technological wizardry."

I have always thought that empathy was a good thing, too, as Malik obviously does, but it turns out that such a positive view of empathy can't be taken for granted.

Amanda Hess, whose article "Touching Base" was published in The New York Times Magazine on December 4, 2016, writes about how Facebook may have influenced the recent presidential election. The Times puts a quote from Hess's article above the title: "Nothing sounds quite so noble as preaching 'empathy' for those with whom we disagree. But are we trying to relate to other people for their good or for ours?" In the online version of Hess's article, the title states her thesis question much more clearly: "Is Empathy What The Nation Really Needs?"

Hess's case against empathy is based on the idea that empathy is basically just a way to figure out how best to manipulate people. "Empathy, after all," says Hess, "is not sympathy. Sympathy encourages a close affinity with other people ... Empathy suggests something more technical - a dispassionate approach to understanding the emotions of others. And these days, it often seems to mean understanding their pain just enough to get something out of it - to manipulate political, technological and consumerist outcomes in our own favor."

Paul Bloom, writing in December 3-4 edition of The Wall Street Journal, agrees with Hess. He definitely does not think that empathy is what this nation really needs. Bloom inveighs against "The Empathy Trap," which is what The Journal called Bloom's article in the print edition. Online, Bloom's article is titled, "The Perils of Empathy." If you want to follow up with Bloom, who is a professor of psychology at Yale, and whom Hess quotes approvingly, then by all means read his very recent book, Against Empathy.

Bloom differentiates "cognitive empathy" from "emotional empathy," and he focuses his disdain for empathy on the "emotional" version. Bloom calls emotional empathy a "train wreck." When it comes to guiding our decisions, according to Bloom, empathy "makes the world worse ... It makes us biased, tribal and often cruel."

The Oxford dictionaries online define empathy as a kind of ability; specifically, empathy is "the ability to understand and share the feelings of another."

In the very same section of The Wall Street Journal in which I read Dr. Bloom's warnings about "The Perils of Empathy," Colin McGinn, a British philosopher, wrote a book review of Other Minds: The Octopus, the Sea, and the Deep Origins of Consciousness. This book, by Peter Godfrey-Smith, celebrates the "lives of octopuses," and their intelligence, which has provided them, according to Godfrey-Smith, with a mind that is in many ways similar to our own. In summing up his reaction to the book, McGinn says this:

What is it like to be an octopus? It’s not easy to say, but I speculate soft, malleable, brimming with sensation, vivid, expressive, exciting, complicated, tragic and determined. They make good, if brief, use of their portion of consciousness. They must live by the evolutionary laws that have created them, but there is an inner being that makes the best of its lot. Though it’s easy to think of octopuses as alien, a better view is that they are our cousins in biological destiny—spirits in a material world.

In short, both McGinn and Godfrey-Smith have been able to empathize with the octopus, to understand and (at least to some extent) to share the feelings of a creature that is truly "other."

All of us must, as I hope we realize, be able to "empathize" with the World of Nature, and with all its creatures, too. We ourselves are creatures, and while many of the creatures with whom we share the Earth are different from us, we can, with empathy, understand our commonalities. We, like the octopus, are dependent on the Natural World, the world that sustains all life.

McGinn's book review, which I read after the article about Bloom's denunciation of empathy, made me empathize with the octopus. That article would have that same effect on you, I feel certain. The New York Times has also published an article by Peter Godfrey-Smith, "Octopuses and the Puzzle of Aging." Those who wish to test their ability to empathize with the octopus can read this article, too.

I suggest we try.

To the degree we succeed, I feel certain, we will make the world a "better" place, and not a "worse" one.