I would like to draw your attention to an exceptionally worthwhile essay, written by Carol Black. This essay was brought to my attention by a Facebook Friend. It is titled, "On The Wildness of Children." I commend it to you.

Black's essay is basically focused on education and teaching, and tells us how badly we stunt children when we treat education as a kind of manufacturing process:

At the turn of the twentieth century educational theorists were quite open about the fact that they were designing schools for the purpose of adapting children to the new industrial order. Children must shed their “savage” wildness, these pedagogues maintained, and develop “civilized” habits like punctuality, obedience, orderliness, and efficiency. As Ellwood P. Cubberley, Dean of the Stanford University School of Education, put it in 1898:

Our schools are, in a sense, factories, in which the raw materials – children – are to be shaped and fashioned into products… The specifications for manufacturing come from the demands of 20th century civilization, and it is the business of the school to build its pupils according to the specifications laid down.

Black is a strong advocate for educating children outdoors, not keeping them penned up within the confines of a classroom. She thus agrees with the educational philosophy espoused in the 2005 Richard Louv book, Last Child in the Woods. Louv's book led to the "No Child Left Inside" movement, though I judge Black to be even more radical.

Black's essay begins with a reflection on Thoreau's famous statement, “In Wildness is the preservation of the World,” and Black asks us, "what does that mean...?"

In her conclusion, she gives this answer:

We are engaged in a vast dystopian project of one-upping our Creator, of treating the Kosmos as though it were a fixer-upper, and of imagining we can redesign ourselves as well as the world we are to live in. The social engineers who shaped our world understood very well that no matter how far civilization “progresses,” each new human being is born wild –– in other words, human –– and they made it their overt goal to create an institution that would break the will, the “self-will” the “self-determination”–– that would subdue the wildness –– of our children. It works. But like any other radical intervention in the natural world, like dams, like pesticides, like genetically modified crops, the mass institutionalization of children alters our lives and our planet in ways that are both unanticipated and beyond our control.

Species die, our planet warms, and in the name of teaching our children to save the world, we go on destroying their wildness, “socializing” them away from nature and into the cage we have built around childhood. Our nice teachers try to find ways to make it “fun,” to limit or at least soften the damage that is done; like zookeepers giving beach balls to captive polar bears, they try to find substitutes for what is lost. But the world is too beautiful to substitute for, and the wildest of our children––the ones they have to put on Ritalin, the ones they have to put on Prozac–– know it. These children are the canaries in the coal mine, the ones who will not obey our masters, who will not take their place as cogs in the machine that is destroying the earth. They are not the ones who have a “disorder.” They are the ones who still hold the perfect Kosmos in their hearts.

As I advocate for my "Two Worlds Hypothesis" in these blog postings, I am trying to say just what Black is saying here. One-upping our Creator will end by destroying all the wonderful works of our own hands, and everything we think valuable in our sometimes glorious civilization. Our "radical intervention in the natural world," in the many ways in which we do radically intervene and interfere with the World of Nature, puts everything in peril.

As I have noted before, in this blog, what Black says is true, quoting Thoreau for the truth of it: 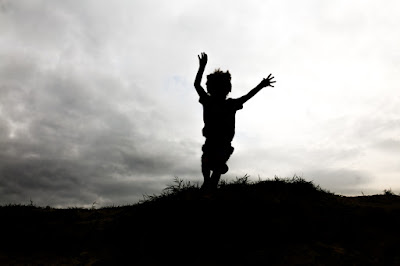