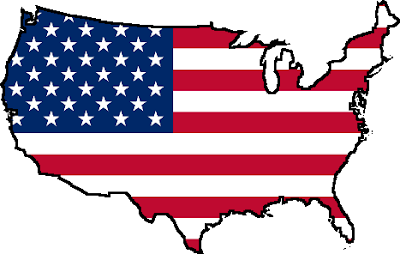 On Wednesday, November 30, 2016, The New York Times carried an article about president-elect Trump's nomination of Tom Price to serve as Secretary of the Department of Health and Human Services.

Price, a physician, is currently a Member of the United States House of Representatives, representing a Congressional District in Georgia. He is an aggressive opponent of "Obamacare," and The Times ran a concurrent editorial calling Price a "radical choice" to head the Health and Human Services Department, since Price is "intent on systematically weakening, if not demolishing, the nation’s health care safety net."

I have many friends who are either discouraged or frightened about the politics that we are going to experience under the "reign" of a President Trump.* "Totalitarian" is the word that is being used to describe what kind of government may lie ahead, and there is definitely cause for concern.

However, I would urge my friends not to be either discouraged or frightened. I see the upcoming Trump presidency as an opportunity to recover a functioning democracy in the United States.

This governmental system is premised on the idea that political power, in fact, does reside in "the people." Do "the people" want to "demolish" the nation's health care safety net? Do they want to roll back the extensions of health protection provided by Obamacare? Do they want to repeal or radically modify Medicare?

Frankly, I doubt it!

If and when the Trump Administration proposes to modify our existing health care system, in a way that will radically reduce health care for ordinary Americans, Congress will have a role to play, either to stop outrageous actions by the Administration, or to vote on proposed reductions in health care that the Administration wants the Congress to enact. Repealing Medicare, for example, would require Congress to vote to do that. Just because the Republican Party has a majority in both the House and Senate doesn't mean that any specific Member of the Congress will vote to do something that his or her own constituents oppose and abhor.

However, this system of citizen control over Congress only works when ordinary people decide they care enough about politics to get personally involved. In other words, outrageous proposals coming from the Trump Administration will provide an opportunity to reenergize democracy, but that won't automatically happen.

Trump won in the first place because the United States government is not, in fact, responding to the needs of ordinary Americans. Under both the Republicans and the Democrats our government has been sold out to the 1%. Trump's Administration will be no different (note Trump's pick of a Goldman Sach's alumni as Secretary of the Treasury).

Look on the bright side, friends! Want to change land use policy to establish protective rules that will preserve farmland and natural environments? I'm speaking from my personal experience when I say that outrageous land use development proposals can be used to galvanize the public to take over power and to move governmental decision making in the direction that the majority of a community actually wants. Citizen action to Save Lighthouse Field, and to preserve Wilder Ranch, are examples from Santa Cruz County, and my personal experience.

Want to have a truly good health care policy for the United States? I think that a lot of outrageous proposals to take away even the little health care that  people already have can be used as the fulcrum to leverage some real change.

So, look on the bright side! We may have some really great political opportunities for grassroots, effective, political action, thanks to a President who thinks that it is his  prerogative to "reign."

I'm betting that the people of the United States aren't actually looking for a totalitarian solution to our nation's problems, and that when they are faced with outrageous proposals to do them in, they are going to remember and relearn how democracy actually works!

_______________________________
*"Reign" is, in fact, the word that our president-elect has sometimes used to describe what he sees as the role of the president. It is not for nothing that another Times editorial, on November 30th, was headlined, "Mr. Trump, Meet the Constitution." That editorial focused on Trump's Tweet that anyone who burns an American flag should be deprived of their citizenship, and/or placed in jail for a year. Since the United States Supreme Court has explicitly ruled that flag-burning comes under the protection of the First Amendment, as an exercise of free speech, Trump's comment does show a certain unwillingness to respect the idea that the powers of the president (and the government in general) are limited.