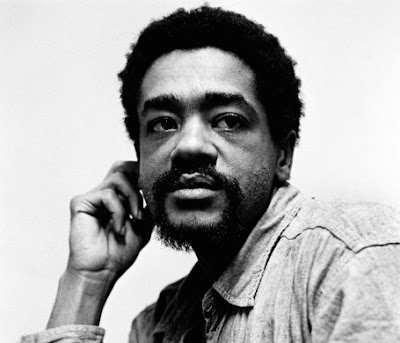 That's a picture of Bobby Seale, there at the top of the column. Bobby Seale was a cofounder of the Black Panther Party. For many political activists of the 1960s and 1970s, and I am including myself in that number, Seale was (and remains) an inspiring figure.

It's strange to find an interview with Bobby Seale on a website whose www internet address is "modern luxury," but so I did. The interview was printed in San Francisco magazine, which is  one of those semi-glossy items handed out to visitors to San Francisco who stay at one or another of the City's upscale hotels.

Bobby Seale is still giving out good advice. Particularly good advice, I'd say, for those who do not routinely stay in upscale hotels, and whose lives cannot fairly be called ones of "modern luxury."

What should we do about politics? That is what the interview was really all about. And Bobby Seale has a pretty simple answer, referencing what he and other members of the Black Panther Party were trying to do way back when:

So the next move is to become part of the government?
My objective was to get thousands of people across the country elected into political office to replace the right-wingers or racists in those seats. There was an objective behind the idea of getting elected: to change the racist laws manifested in city charters. That’s where I was coming from when I created the Black Panther Party. The young Black Lives Matter movement people have got to see this: You’re not going to get community control of the police until you get more and more control of some of these political seats.

Do you think BLM activists should run as mainstream candidates or in third parties?
You should run as whatever the heck you want. You just need a relevant agenda to the people’s needs. You have to be there where the laws are made. Starting at the city level, then the county level, and, as much as possible, at the state level and all the way to the federal level.

Bobby Seale's advice is easy to sum up. Run as "whatever the heck you want," as long as you have a "relevant agenda to the people's needs."

The basic concept is really basic. Take over the government!

Get more and more control of some of these political seats...