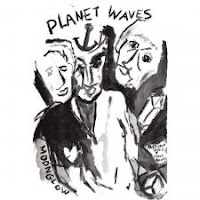 I am a big Bob Dylan fan, and if you didn't already know that, you should probably be reading this blog more often! At any rate, I have always liked Dylan's song, "Going, Going, Gone," which is on his Planet Waves album. Just in case you are not familiar with the song, I'll include the lyrics at the end of this posting, but what you should really do, of course, is to listen to the song.

While I have captured my headline from Bob Dylan, I am not actually commenting on his song, but on a book reviewed in The Wall Street Journal, way back in June. The title of the book is The Paper Trail, authored by Alexander Monro. The book discusses the history of paper, starting with its "dim origins" in China, and continuing to the present day. You can read the review by clicking this link.

Here's a quote from the review (by Howard W. French) that caught my eye:

Mr. Monro concludes his lively story on a meditative note, saying that one definition of civilization “is an attempt at permanence.”


Digital, online media are challenging paper, but they are definitely not "permanent," and there is a lot of reason to worry that Monro is right, and that when we lose the permanence of paper we may lose civilization itself.

I am not a big fan of "tech disruption," sometimes called "Creative Disruption," which makes the disturbance and destruction of what already exists a major objective of every high-tech enterprise. In fact, to my mind, that whole "disruption" idea, as a positive goal of high-tech activity, is arrogant in the extreme. I completely agree with Daniel Gelernter, who has written a very brief polemic in The Wall Street Journal under this headline: "A Little Less Disruption, Please."

The paper book is under pressure like never before, but because of its palpable qualities, [Monro says] nothing yet has unseated it. For now, it still towers above its electronic rivals as “a handheld extended piece of writing that can be physically owned.”

I, personally, hope that Monro is right about books. But I'm not sure. 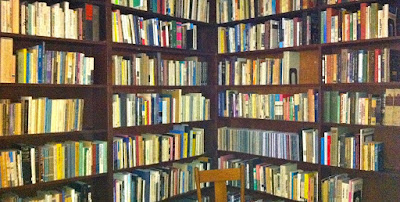 Grandma said, “Boy, go and follow your heart
And you’ll be fine at the end of the line
All that’s gold isn’t meant to shine
Don’t you and your one true love ever part”

I been walkin’ the road
I been livin’ on the edge
Now, I’ve just got to go
Before I get to the ledge
So I’m going
I’m just going
I’m gone