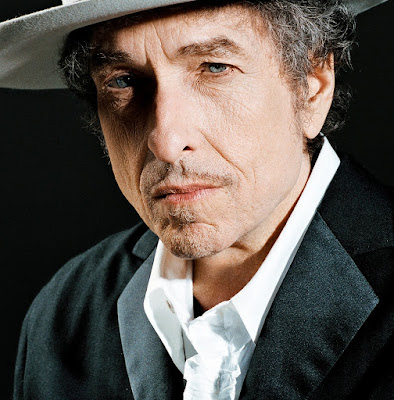 I was delighted when I heard that Bob Dylan was awarded the Nobel Prize in Literature. Today, on October 26th, that is not really "news" anymore, though I guess that some people might still want to debate whether or not this award to Dylan, in the "literature" category, was really appropriate, and/or the significance of Dylan's non-recognition of the award.

According to Wikipedia, the French poet and essayist Sully Prudhomme (1839–1907) was the first person to be awarded the Nobel Prize in Literature, "in special recognition of his poetic composition, which gives evidence of lofty idealism, artistic perfection and a rare combination of the qualities of both heart and intellect." I think Dylan's designation pretty much fits that same description, with the added plus of music! Thus, I don't see much reason to debate the award. Rather, like many others, I am spending my time remembering some of my  favorite lyrics.

There is a lot to remember! For more than fifty years, Dylan's lines have helped me both discover and define the truths that have shaped my life, and his lyrics have appealed to both my heart and intellect. Dylan's release of "Soon After Midnight," on his Tempest album, in 2012, helped me resolve, in my own mind, a kind of running argument with my father, which I carried on for years, while my father was still alive.

My father consistently sought to calm my anxieties about our historic situation by telling me that things have pretty much "always" been the way they are. "Don't hyperventilate, Gary," was his short message. My own contention has always been that we are facing a real turning point in human history, right now, and are pushing forward at unprecedented speed towards the Apocalypse.

Could it be that we were both right? That's what Bob Dylan seems to suggest, in what may currently may be my favorite Bob Dylan line. I commend "Soon After Midnight" to you. You can listen to Dylan perform the song by clicking the link.

Dylan's last verse sums up and resolves, succinctly, or so I see it, my argument with my father. Dylan tells us, in a statement that is at least as paradoxically full of truth as any Buddhist koan:

It's now or never

We are, inevitably, and always, facing the end, and death; there is nothing new there, for such is our fate, and that is our continuing condition. Things have "always" been that way. It has ever been thus. We are "always" on the precipice of disaster and decision. That's what my Dad contended, I guess. I know he is right. That is our existential truth.

As I listen to "Soon After Midnight," I hear Dylan confirm this truth. It's always been like that, he says; we are always at a point of existential choice, but now it's more than ever true! We'd better know:

It's now or never  More than ever

More.
Than Ever.
Before. 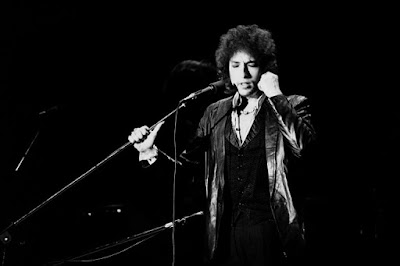