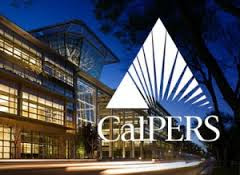 On September 18, 2016, The New York Times ran a story about the problems being experienced by Citrus Pest Control District No. 2, a California public agency. The District recently got some extremely bad news from the California Public Employees Retirement System, or CALPERS, and as a retired public employee myself (twenty years of service to Santa Cruz County), I was naturally interested in the story.

As it turns out, the problems of Citrus Pest Control District No. 2, serving just six persons, is only a small example of a massive, looming disaster for public agencies all over the state, and California's problem is duplicated in almost every other state, too:

Calpers, which managed the little pension plan, keeps two sets of books: the officially stated numbers, and another set that reflects the “market value” of the pensions that people have earned. The second number is not publicly disclosed. And it typically paints a much more troubling picture, according to people who follow the money.

The crisis at Citrus Pest Control District No. 2 illuminates a profound debate now sweeping the American public pension system. It is pitting specialist against specialist — this year in the rarefied confines of the American Academy of Actuaries, not far from the White House, the elite professionals who crunch pension numbers for a living came close to blows over this very issue.

But more important, it raises serious concerns that governments nationwide do not know the true condition of the pension funds they are responsible for. That exposes millions of people, including retired public workers, local taxpayers and municipal bond buyers — who are often retirees themselves — to risks they have no way of knowing about.

If you are not familiar with what's going on here (and maybe even if you are), the Times' article, "A Sour Surprise for Public Pensions: Two Sets of Books," is well worth reading. Arithmetic doesn't lie, though it is possible, as the article shows, to lie about arithmetic. Keeping two sets of books is certainly one way to do that. What the arithmetic tells us is that the people of the state (and other states similarly situated) will either have to lay off a very significant portion of their workforce, or will have to reduce salaries, or may even have to try to default on their obligations to those currently receiving pensions.

This is not only a problem for public agencies, I believe, but many private corporations with pension responsibilities are likely to be facing the same kind of problems.

A "sour surprise," indeed, which stems from our past willingness to keep two sets of books, trying to fool ourselves!