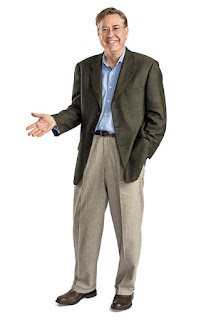 Thomas Frank, a political analyst and author of the book, Listen Liberal, is pictured to the right. I gather he actually prefers the left!

Frank was interviewed by Ana Marie Cox in the May 22, 2016 edition of The New York Times Magazine. Cox' article said that Frank "thinks Hillary should woo the working class."

That's a great idea. There is another candidate, of course, who is already doing that! As a pledged delegate for Bernie Sanders, I am hoping that the Democratic Party, at large, will take the advice that Frank is directing at Hillary Clinton, in particular. If the Party took Frank's advice to heart, the Convention in Philadelphia might send forth Sanders, rather than Hillary Clinton, to represent Democratic Party values in the campaign leading up to the November election.

Most amazing to me, in Cox' brief one page interview with Frank, was this exchange (Cox in bold; Frank in normal type):

You mention in the book that the Clinton administration was discussing plans to partly privatize Social Security when the Monica Lewinsky scandal broke, which was news to me.

Imagine putting a big piece of Social Security in the stock market in the late ’90s. You’d have millions of retirees who would have gotten hammered, because the Nasdaq collapsed. And then a couple of years later, there’s the collapse of the housing bubble, and then the financial crisis. I mean, I thank God every day for Social Security. And Franklin D. Roosevelt.

Cox' comeback to Frank was: "And you have to thank Monica Lewinsky, right?"

Cox said "yes," but this disclosure about Bill Clinton's support for privatizing Social Security makes me think that if Hillary Clinton is actually elected President, we need to make sure that she will reconsider her pledge to put Bill Clinton in charge of getting the economy moving again.

Either that, or recruit Monica Lewinsky to come back to the White House!