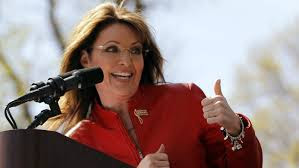 You probably associate the chant, "Drill, Baby, Drill" with former Vice Presidential candidate Sarah Palin. I certainly do. Here's her chant in one of its manifestations on YouTube.

As I read my local newspaper, the Santa Cruz Sentinel, last Sunday morning, I realized that our national foreign policy chant is now quite similar. It's "Kill, Baby, Kill."

I think Kerry's enthusiasm for targeted, drone strike killings is just about as well thought through as the energy policy endorsed by Palin. Incidentally, Kerry's enthusiasm for drone strike killings is fully shared by President Barack Obama, and by many Congressional leaders, though the President does get teary-eyed when innocent victims turn out to be Americans. Not so much angst is apparent when the innocent victims are small children, or are of some other nationality.

Speaking at West Point in 2014, the President advised our future military leaders that the United States must "lead by example."

Yep. That's how it works!

The example that the United States is providing to the world is that it is alright, if you can do it, to kill people whom you don't like.

In other words, our President claims that he has the right to decide to kill anyone he wants to, anywhere in the world, if he decides that this would be a good thing for the United States.

"Kill, Baby, Kill" comes around. It's coming for us, in terror strikes every day.

It's time to elect a President who doesn't think high-tech killings, done remotely, is what should be our American "signature strike." 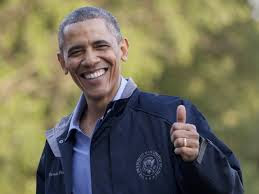