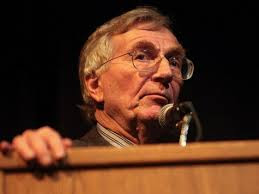 I tend to think that Seymour Hersh has credibility. One commentator has suggested that he is aging, and is having "senior moments," and aging he certainly is. Full disclosure: I, also, am a member of the aging club! You, too? Wow! It's a big club.

At any rate, I recommend clicking this link to read a discussion between Seymour Hersh and Amy Goodman of Democracy Now! The ostensible focus of the discussion is the Hillary v. Bernie presidential competition, but here's the statement from Hersh that I found most compelling; it's found near the end:

It’s a little bit like putting a couple hundred guys, and maybe a lot more that we don’t know about, into Syria now, and many more than that into Iraq, where the—God knows what’s going to happen in both places. It’s just—it’s done without consulting the Congress, which probably this Congress probably doesn’t want to be consulted, but that’s the—you know, the Constitution is not a nuisance, as many in the Republican Party, as Bush and Cheney, and now, in many areas, even Obama believes, it seems to be a nuisance. We don’t tell Congress anything. We don’t go and—we don’t tell the people anything. And the control—the control of the media that goes on now, the major media, is, I think, much more acute now. I can go days wondering, you know, why we don’t do more aggressive reporting on certain things.

Not the finest phrasing, but Hersh's comments are far from exemplifying a "senior moment," at least in my opinion. That is, unless we want to define "senior moment" as a moment when our older (and quite possibly wiser) elders give us some insight into truths that we may be forgetting.

I don't think so.

I'd like to have a President who isn't going to forget this lesson from Seymour Hersh.