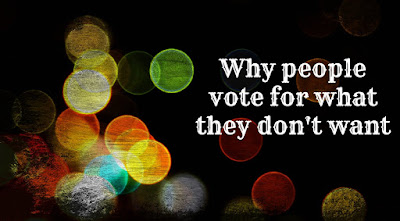 Last night, in a meeting of the Pataphysical Broadcasting Foundation, Inc., which is a nonprofit corporation that is the official owner of radio station KUSP, the voting members of the Foundation were presented with an opportunity to shut down the station and sell the license. The Board of Directors, elected by the Foundation, was suggesting this course of action. One long time Foundation member sent me an email, before the meeting, suggesting that the "Abilene Paradox" seemed to be at work.

Are you familiar with the Abilene Paradox? I wasn't! Here is a brief definition and then an illustrative story, from the often-queried Internet source of all information about anything, Wikipedia:

In an Abilene paradox a group of people collectively decide on a course of action that is counter to the preferences of many (or even all) of the individuals in the group. It involves a common breakdown of group communication in which each member mistakenly believes that his or her own preferences are counter to the group's and, therefore, does not raise objections. A common phrase relating to the Abilene Paradox is a desire not to "rock the boat."

On a hot afternoon in Coleman, Texas, the family is comfortably playing dominoes on a porch, until the father-in-law suggests that they take a trip to Abilene [53 miles north] for dinner. The wife says, "Sounds like a great idea." The husband, despite having reservations because the drive is long and hot, thinks that his preferences must be out-of-step with the group and says, "Sounds good to me. I just hope your mother wants to go." The mother-in-law then says, "Of course I want to go. I haven't been to Abilene in a long time."

The drive is hot, dusty, and long. When they arrive at the cafeteria, the food is as bad as the drive. They arrive back home four hours later, exhausted.

One of them dishonestly says, "It was a great trip, wasn't it?" The mother-in-law says that, actually, she would rather have stayed home, but went along since the other three were so enthusiastic. The husband says, "I wasn't delighted to be doing what we were doing. I only went to satisfy the rest of you." The wife says, "I just went along to keep you happy. I would have had to be crazy to want to go out in the heat like that." The father-in-law then says that he only suggested it because he thought the others might be bored.

The group sits back, perplexed that they together decided to take a trip which none of them wanted. They each would have preferred to sit comfortably, but did not admit to it when they still had time to enjoy the afternoon.

This story is a cautionary tale. Obviously, as group decisions are made, it is very important for each individual in the group to speak out honestly, and to state his or her own mind, including making known any hesitations or questions that he or she may have about what seems to be the "agreed upon" course of action.

The process of group decision making is, actually, what we call "politics" when we practice it in a larger context, and "politics," in fact, may be the right word to use even in the case of non-governmental decision-making. The phrases "family politics," "academic politics," "Church politics," etc. are well known, and acknowledge that the "political" process is one that applies in any situation in which group decisions are being made.

What has been happening at KUSP may well illustrate the Abilene Paradox, as my friend suggested. The Abilene Paradox might also be at work in the Democratic Party decision making about who the Party nominee should be for the Presidential election in November.

Those who want Bernie Sanders to drop out, before all the state primary elections have concluded (including the California Primary Election on June 7th), may be espousing a "don't rock the boat" approach to politics that could send the Democratic Party off on a trip to Abilene that they might actually want to avoid.