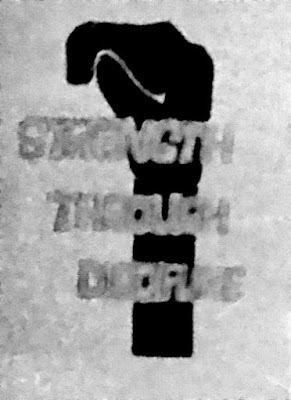 Readers of this blog may have heard of the Stanford Prison Experiment, conducted in 1971 by Stanford psychology professor Philip Zimbardo:


Twenty-four clinically sane individuals were randomly assigned to be "prisoners" or "guards" in a mock dungeon located in the basement of the psychology building at Stanford. Three additional college students were selected as alternates. The planned two-week study into the psychology of prison life ended after only six days due to the emotional trauma experienced by the participants. The students quickly began acting out their roles, with "guards" becoming sadistic and "prisoners" showing extreme passivity and depression.

The experiment, still being talked about, is now seen as providing evidence that behavior is most profoundly affected by "situation," rather than being determined by a person's individual character. The results of the Stanford experiment are compatible with the results of the Milgram experiment, in which ordinary people fulfilled orders to administer what appeared to be agonizing and dangerous electric shocks to a confederate of the experimenter.

I grew up in Palo Alto, and attended both Stanford and Stanford Law School, but I was long gone by 1971. Thus, I didn't get to participate in Zimbardo's experiment, so I don't know whether I would have succumbed to the pressures experienced by the participants. I was also not in the right place, at the right time, to take part in what I have just recently learned was another controversial social/psychological experiment carried out in my home town. This one was carried out in 1967 by Ron Jones, a high school teacher at Cubberly High School (the high school in Palo Alto that I did NOT attend):

The notorious Third Wave project [was] ... designed by Cubberly High teacher Ron Jones to teach his well-heeled Palo Alto pupils ... about the roots of fascism. The project implemented many of the same educational tools and persuasive tactics implemented by groups such as the Nazi party. The overall concept was to show how susceptible most groups can be to crafty indoctrination. The project was a “success." The students started out as a cooperative until informers were assigned by Jones. As members are recruited and trials were held, even non-informants quickly turned on other members in their quest to ace the assignment.

The Third Wave experiment that turned normal Palo Alto high school kids into sadistic Nazis (in the space of less than a week) has been documented in a new film called Lesson Plan. The film was co-directed by one of the then student participants, Philip Neel. It sounds like a film I won't want to miss. Dr. Zimbardo, of the Stanford prison experiment, has provided a succinct thesis for the film: “The human mind has infinite power to justify any behavior."

That statement by Dr. Zimbardo is true, it seems to me, but my thought is that we might use "crafty" social persuasion to get our human minds to justify a connected set of "good" behaviors, and by doing so to bring out the wonderful capacities for decency and self-sacrifice that are found within most of us. Gandhi's autobiography is titled, The Story Of My Experiments With Truth. We could try a few experiments, right?

Now that we know we can turn ourselves into Nazis, let's see what else we might be capable of.