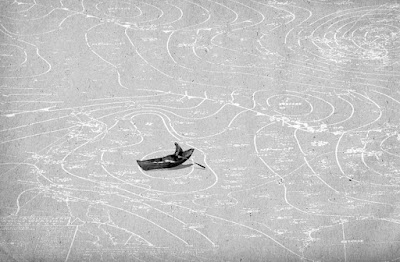 Our foundation of Earth knowledge, largely derived from historically observed patterns, has been central to society’s progress. Early cultures kept track of nature’s ebb and flow, passing improved knowledge about hunting and agriculture to each new generation. Science has accelerated this learning process through advanced observation methods and pattern discovery techniques. These allow us to anticipate the future with a consistency unimaginable to our ancestors.


The observation above is from William Gail, writing in The New York Times. Gail tells us that "A New Dark Age Looms." Gail's vision is less horrific, I suppose, than the vision of Frank P. Fenner, whose prognostications I mentioned in my posting yesterday. Fenner predicts  that the entire human race will become extinct within the next 100 years.


Fenner was an eminent scientist, a virologist, and a Professor of Microbiology at the John Curtin School of Medical Research at the Australian National University, Canberra. Gail is a meteorologist, and his predictions about a looming "New Dark Age" derive from an observation that would come naturally to someone in his profession. Weird and unpredictable weather events, like the recent flooding in Houston, Texas, are one of the most noticeable results produced by the human-caused global warming that is putting human civilization at risk.

As Earth warms, our historical understanding [the "Earth knowledge" cited by Gail above] will turn obsolete faster than we can replace it with new knowledge. Some patterns will change significantly; others will be largely unaffected, though it will be difficult to say what will change, by how much, and when.

The list of possible disruptions is long and alarming. We could see changes to the prevalence of crop and human pests, like locust plagues set off by drought conditions; forest fire frequency; the dynamics of the predator-prey food chain; the identification and productivity of reliably arable land, and the predictability of agriculture output.

Historians of the next century will grasp the importance of this decline in our ability to predict the future. They may mark the coming decades of this century as the period during which humanity, despite rapid technological and scientific advances, achieved “peak knowledge” about the planet it occupies. They will note that many decades may pass before society again attains the same level.

Fenner's point (and his prediction about the imminent extinction of the entire human race) is based on what he believes will be the inevitable consequence of human overpopulation and environmental destruction. Gail's somewhat less dramatic speculations are based on the fact that human activities have now altered the natural environment to such an extent that we can no longer rely on what used to be its predictable patterns of behavior.

Both scientists are similarly noting that while humans have historically relied on the Earth to be the stable environment within which we can create a "human world," the extent of human activity within that human world has now grown to such a point, and has affected the natural environment to such an extent, that Nature can no longer be relied upon to sustain it (Fenner), or to provide it with a predicable environment upon which human beings can rely (Gail).

Humans have been acting as though "our" world is the only one that matters; yet, in fact, everything we do, and our very lives, depend upon the Earth, on the World of Nature that we did not create.

Here's how Fenner would undoubtedly put it: "Learn that lesson or die."