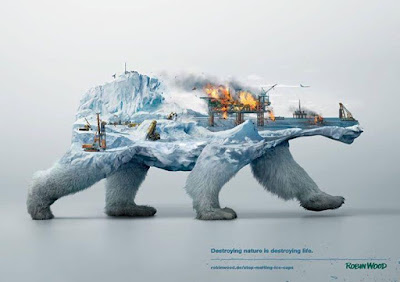 I am still following offshore oil issues quite closely. Way back when, in my very early years as an elected member of the Santa Cruz County Board of Supervisors, I was personally involved in efforts that helped unify California local governments (and ultimately the state government) in opposition to then-proposed plans for offshore oil drilling off the California coast. One of my co-workers in this very successful effort, Richard Charter, commented on the Sierra Club article by sending me the picture above. He also said this:

Just proves, once again, the premise that I think you yourself invented for this issue, that local governments passing resolutions can, in fact, change the world......

I did say that, and I still believe it. It has, in fact, proven to be true. The fact is, in the human world over which we have complete dominion, the laws we write are nothing other than the documents that guide our collective actions.

Write those resolutions correctly, and get them adopted everywhere it counts; follow them up with the necessary implementing actions, and you can, indeed, change the world.

It did all start with some local governments passing resolutions.

And Santa Cruz County was the first to do it, if my memory's any good.