Politics is about disagreement ... 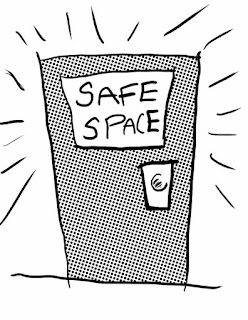 Hannah Arendt is the author of that quote about politics. I have shortened it up a bit. It appears, in its longer form, in a posting by Roger Berkowitz in a recent edition of the Amor Mundi blog.

Disagreement, debate, and discussion. Controversy and conflict. That is what politics is supposed to be all about. In our system of representative democracy, we resolve our disagreements by debate, and the debate is over (at least temporarily) when the majority enacts a law, which acts like a "prescription," a statement of what we have decided we want to do.

When the medication doesn't seem to be working, we can go back to the debate, and we can come up with a different decision. We can head in a different direction. That is one of the wonderful things about politics, and about the human world we create as a product of our political struggles. The possibility of change is like a doctor who is always on call.

There is a lot of discussion, recently, about making educational institutions into "safe spaces," meaning places where no one has to hear anything that might offend them. Along with Robert Boyers, mentioned in the Berkowitz blog posting, I'd like to urge the opposite approach.

Let's not try to submerge disagreements.