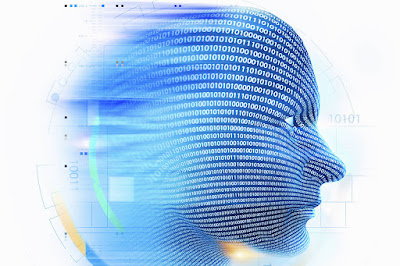 The term "big data" is generally taken to mean information of such great complexity, and information existing in such great volume, that commonly used software tools are unable to "capture, curate, manage, and process [that] data within a tolerable elapsed time."

A recent article in The Wall Street Journal, titled "The Big-Data Future Has Arrived," outlines how all those data processing limitations are being overcome, and hints at what "big data" is going to mean to us:

With new generations of external and internal monitoring devices continuously gathering unimaginable quantities of health and medical data on billions of people, we will soon learn more about the human body in a year than we once did in a century ...

Most of all, big data is about to ask some cultural questions for which we have no ready answers, much less consensus. For example, who owns our personal data? Today that answer is not clear—and it may take legal precedent, perhaps even the adoption of a Bill of Data Rights, to resolve that question.

These are major challenges, but they will be overcome because the fruits of big data are too valuable. None, it is now clear, is more valuable than what is called “metadata”—data that derives from, and provides information about, other data. One of the biggest lessons of technology revolutions is that they begin by solving a need you already have—say, tracking how a particular virus spreads in a population—and end by solving needs you never imagined. And that may be the real destiny of big data.

When you can study billions, even trillions, of data points you begin to uncover forces and trends that until now have always been invisible to human observers. What if that impacted wisdom tooth you had at age 10 shortens your life 70 years later? Or if that one fugitive, missed heartbeat last week is a harbinger of cardiac trouble to come next month?

It is the discovery of this metadata that may prove to be big data’s real destiny: to teach us to see both ourselves and the natural world around us in ways we never could before.

I am teaching a Legal Studies course at the University of California at Santa Cruz, focusing on "Privacy, Technology And Freedom." Students in the class are discussing issues related to "big data," and are starting to wrestle with some of the profound philosophical questions raised by our increasing ability to "see ourselves," and to see other human beings, as "data sets."

As our faces are turned into a series of ones and zeroes, which is what facial recognition systems do, it could well be that what we have always assumed to be our sacred "humanity" will be lost. As human beings themselves become data, we may be analyzed and managed in the way that Amazon manages its package delivery systems. This can be "efficient," and the fruits of treating human beings in this way are indeed "valuable," and particularly if value is measured in money.

This may be a case, however, of "your money or your life!"

While we can treat ourselves (and manage ourselves) as if we were bundles of big data, that is not who we really are. This is not what we really are!

We are made up and defined, actually, and we have always known this, of something unexplainable and mysterious that we call "life." Life is sacred, we say - and correctly so. Life is something inherent in the living World of Nature, a world that we did not create ourselves, a world into which it has been our privilege to be born.

But when we turn ourselves and other human beings into data sets, and treat ourselves that way, in order better to manage human beings in the human world, we pull ourselves inexorably out of the mysterious and sacred World of Nature, and we place our existence entirely within the world of human creation. That human world is not a world of life; it is a world of things, and of the arrangements we make of things.

Big data converts our human lives into a manipulation of human beings seen as "things," and the world becomes a "system" devoted to constructing, arranging, and destroying things to achieve the ends that we have decided to pursue, in the realm that we control.

The "human world" is not the world of "life." It is, in the end, a dead world, unless that human world celebrates and acknowledges, in every moment of its existence, the World of Nature, that sacred world of life, upon which our human world depends.

Back in the old days, in Deuteronomy 30:19, the Bible said we'd have to make a choice:

I call heaven and earth to record this day against you, that I have set before you life and death, blessing and cursing: therefore choose life, that both thou and thy seed may live.


I think it's really coming down to that.