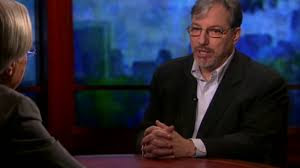 Eric Alterman is pictured at the right, in a discussion with Bill Moyers. Alterman is a columnist for The Nation, and in the February 29, 2016 issue of the magazine Alterman references a new book by historian Jefferson Cowie.

Cowie, who is on the faculty at Vanderbilt University, has titled his book The Great Exception: The New Deal and the Limits of American Politics. The thesis of this book is that the "Roosevelt Approach" was an historical anomaly, and that the New Deal was the "great exception" to what American politics is generally all about.

Well, what is American politics generally all about? It is Cowie's observation that American politics has typically been characterized by its devotion to the expansion of individual rights, and that the New Deal was all about collective action.

The more typical preoccupation of politics with the individual allows monied forces to pursue and perfect a divide-and-conquer strategy, an approach that has "worked so well for the plutocracy in the past." Given as examples in our current situation are "today's intra-progressive fights over the centrality of Black Lives Matter, the significance of a female president, and the online manners of 'Bernie bros' and their detractors."

The antidote to this kind of individualistic politics (and the only answer to the disaster of our current politics) is best summed up in the street slogan that accompanies a collective politics that knows that we are really in this together: 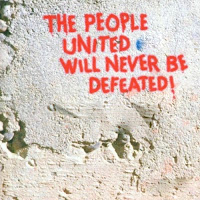 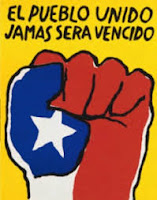