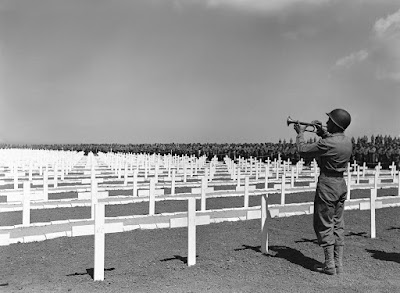 The Atlantic Photo is a web-based publication that provides subscribers with various collections of what are often exceptional photographs. On February 22nd, I received a link to a series of photographs that celebrated "The Extraordinary Career of the Photojournalist Max Desfor." Here is a description of the collection presented:


The photographer Max Desfor covered many of the most significant events and personalities of the 20th century while working for the Associated Press. Beginning in the 1930s, Desfor traveled the world, photographing daily life, unrest, celebrities, warfare, and more. Much of his reporting took place in Asia, where he documented events in the Pacific during World War II. He was awarded the Pulitzer Prize for Photography in 1951 for his extensive and powerful coverage of the Korean War. Desfor also photographed world leaders from Mahatma Gandhi to Richard Nixon, performers from Orson Welles to Charlie Chaplin, and ordinary people in extraordinary circumstances, such as the crew of the Enola Gay. Collected here, in rough chronological order, are a few of Max Desfor’s images from 1938 to 1983. See also, a New York Times story about Desfor from 2013.

Many of the photos in the collection were, indeed, quite powerful. I noticed, though, that the predominant theme was war, and the destruction that war causes. Twenty-four of the forty-one photos were focused on war.

Not much has changed, it seems. New photographic opportunities continue to abound. The war-wrecked cities of the past century were not enough? Do we really need more proof that we can kill and destroy?