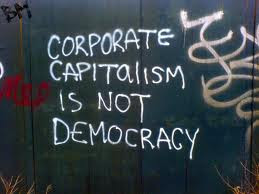 The wealth divide is getting more extreme. The 62 wealthiest people in the world have wealth equal to the poorest 3.5 billion, half the world’s population. Five years ago it took 388 people to match half the population. Huffington Post reports that “The wealth of the richest 62 has increased an astonishing 44 percent since 2010, to $1.76 trillion. Meanwhile, the wealth of the bottom half of the world dropped by 41 percent.”

The main focus of the article from which this headline quote was taken is a report and reflection on a recent gathering at Davos.

Davos is not just a lovely place in Switzerland, the location of one of the biggest ski resorts in that country, and  the "highest town" in Europe, as Wikipedia identifies it.

Most notably, Davos is the site of the annual World Economic Forum, "where the richest of the richest corporate executives, politicians and celebrities meet to discuss the future of the world." That characterization comes from Popular Resistance, but it seems to be a fair comment.

This year, the World Economic Forum discussed (not for the first time) a proposed Global Redesign Initiative, now available as a 602 page document that is "committed to improving the state of the world." At least, that is what it's all about if you credit the sentiments printed on the cover.

As far as Europe goes, Davos is at the "top of the world," and attendees at the most recent Davos gathering definitely represent some of the most notable of the world's "leaders."

Read the Popular Resistance review, or the Global Redesign Initiative in its entirety. You may reach the same conclusion that I have reached.

The changes that we are going to have to make, to "improve the state of the world," will need to come from the bottom up.

Not from the "top down!"