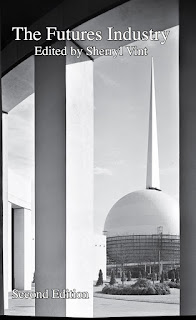 Sherryl Vint has edited a collection of articles about the future, which has now been published in the journal, Paradoxa. Here is what she says about her project:

The future has become a site of crisis, both materially—in the looming threats of climate change, environmental and species destruction, and imminent collapses of the global financial market—and in our capacity to imagine the future otherwise, as a site of utopian promise. We can imagine the future only as an intensification of the present: from one political orientation, a future of global capital and inequity continuing into infinity; from the other, a future of more and better shiny, technological products. Or we can imagine it as the site of apocalyptic collapse.

The dystopian turn of recent popular culture and the unfathomable popularity of zombie narratives are evidence of this bifurcated future. Two events in the summer of 2015 aptly encapsulate this crisis of the future: Disney made its earnest Tomorrowland (Brad Bird), simultaneously a lament for the bankruptcy of the 1960s visions of the Space Age Future and a strained attempt to reboot this brand of technological optimism; and, in stark contrast, activist-artist Banksy opened his Dismaland Bemusement Park, a satiric exhibit that featured such attractions as a killer whale leaping from a toilet, a sculpture made from a petrol tanker, and a dead princess surrounded by paparazzi photographers. Clearly, we are at a moment of bluntly contrasted poles when it comes to how industry and activists imagine the future.

I have been known to suggest books that I haven't read myself. Let's add this one to the list.

Let's feel confidence, too, that the future doesn't have to just "happen to us." We know we can, by taking action in the present, create a future, a human world, a civilization that will be the way we want it to be, that will fulfill our aspirations and satisfy our wants and needs.

It doesn't have to be "Dismaland, either!"