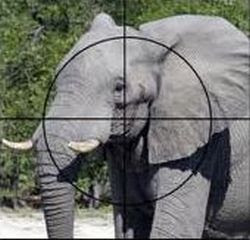 David Brooks' column, as it appeared in the January 22, 2016 edition of The New York Times, was titled, "The Anxieties of Impotence." As an older guy getting older, I was prepared to empathize with what I immediately assumed, from the title, must be Brooks' preoccupation with this sensitive and very personal subject. Brooks has been known to be "personal and sensitive," but the column itself, as it turns out, wasn't actually focused on "impotence" at all, at least not in the way the title suggested to me.

Brooks' title was actually referencing an article from another New York Times journalist, Anand Giridharadas, who claims that "in America, power is somewhere other than where you are." Where did power go? It's a worthy area to explore. Brooks concludes that the daunting problems that afflict us (and I mean the whole world) can be solved only by "big institutions," and declares that we need "more collective action [and] ... greater citizenship." He says that we require "the craft of political architecture, not the demagogy of destruction."

I'm with Brooks on the need for "greater citizenship" and "more collective action." The "big institutions" prescription, however, is quite likely contraindicated, at least in my view. It is the very fact that our "big institutions," corporate and governmental both, seem beyond citizen control that leads to destructive tendencies and feelings of powerlessness. If our politics moves beyond "human scale," then humans can't control it. Whenever that happens, after politics is released from the control of ordinary people, the events that ensue will almost certainly not be a pretty sight.

Getting angry and demagogic (Mr. Trump is referenced in Brooks' column), is no solution. Maybe that "political revolution" suggested by Bernie Sanders could do the trick. If I read Bernie right, he is calling for citizen involvement and collective action, but carried out on a human scale.

As for the picture of the elephant, why is that at the top of this posting? Brooks begins his column with a discussion of a 1936 essay by George Orwell, entitled "Shooting an Elephant." A rampaging elephant killed a few villagers. As a British police officer in Burma, and a source of authority, Orwell was expected to shoot it, even though by the time he got involved the elephant was perfectly docile, chewing grass. It wasn't really necessary to kill the elephant. But he did. He didn't feel powerful, according to Brooks. The mob ruled.

When we are not exercising our individual power, through our active, individual political participation, the mob will rule, and we'd best watch out.

Those elephants out there are running amok.