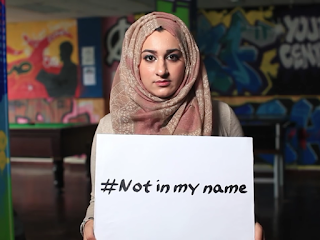 The December 21, 2015 edition of The New York Times carried an Op-Ed article by Mustafa Akyol, author of Islam Without Extremes: A Muslim Case for Liberty.

In this article, Akyol explained the theological concept of Irja, which he said has been identified by the Islamic State (ISIL or ISIS) as "the most dangerous heresy." Indeed, it is possible to read an article in the Islamic State's online blog (in English) that says just that.

Irja is an Islamic theological doctrine, put forward during the very first century of Islam, at a time that the Muslim world was "going through a major civil war, as proto-Sunnis and proto-Shiites fought for power."

Irja translates as "postponing." The idea is that human beings can never really know the ultimate truth, when different theological truths are competing for acceptance, so conflicts should be "postponed." We will all find out in Heaven. No reason to kill each other in the meantime!

I have a feeling that "Irja" may become my new favorite word. For thousands of years, human beings have felt called upon by God to kill each other, in the name of religious truth. And boy have they followed through!

Irja says: "forget about it."

That's more or less what the United States Constitution says about this subject too, in that "First Amendment" to our founding document:


Let's save that religious conflict for Heaven (if it turns out there is one, and if any of us is lucky enough to wind up there)!

Akyol's article is worth reading.