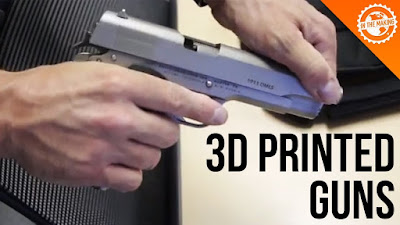 On January 12th, I was lucky enough to be invited to a dinner at which I got to meet Jamais Cascio, who was speaking at the University of California at Santa Cruz to students in the Crown College Core Course. Cascio writes a blog called Open the Future, and I guess you could call him a "futurologist," though I didn't find his name on the list of "futurologists" maintained by Wikipedia. Cascio is also called a "scenario planner," which is how he is identified in his biography on the website of the Institute for Ethics & Emerging Technologies. Under whatever title, Cascio clearly thinks it's important to think about the future, and says that "we think about the future because we believe two fundamental things: 1) That the future matters; and 2) That we still have a say in the future we get." The heading on his blog proclaims, "...with enough minds, all tomorrows are visible."

"Having a say" in the future we get is exactly the way I think we ought to approach the future. I am rather impatient when I hear people "predict" the future, based on the extrapolation of current trends and conditions. This is the Megatrends way, and I think fundamentally misconstrues how human freedom and the future interact. In fact, we come to the future not as "observers" of things that happen to us, but as "actors" who are moving into a future that we create ourselves. The idea that with "enough minds" all futures will become "visible," as though the future exists in advance, is thus somewhat suspect, from my point of view. However, since we found out that Schrödinger's cat will appear only depending upon what we do, and where we choose to look, it may be that the concept of "making the future visible" can be reconciled with my thought that the future doesn't exist until we create it ourselves, through our actions and choices.

Reading up on Cascio, prior to meeting him, I quickly found a blog posting called "A World In Which," and within that posting was directed to a posting called, "Gun Control's MP3 Moment." Cascio suggests that gun control legislation is not only difficult politically but is, in his view, "irrelevant." Here's his thought:

Reading the continued, ongoing arguments about gun regulations ("reasonable" or otherwise) is frustrating. Not only for the usual reasons (absolutist positions, inability to recognize multi-causal phenomena, relentless hostility towards different opinions, etc.), but because of how incredibly irrelevant it is becoming. 3D-printable firearms are already here, and becoming increasingly reliable. Every gun control law in the world is obsolete. With a 3D printer costing a thousand dollars or less, it's possible to produce a usable firearm. The first generation of these printed guns had a tendency to blow up when used, but the newer models can work just fine. Single-shot, magazine-fed, automatic or semi-automatic, there's now a variety of weapon designs available, ready to be downloaded and printed out.

I must say, I hadn't really contemplated the possibility of "printing" a gun. Will we now be able to add First Amendment "freedom of the press" protections to the protections for gun ownership that already exist in the Second Amendment?

How's that for a scenario?

I continue to believe that we, ourselves, will create the world in which we most immediately live, and that this "human world" is the product of human freedom and human choice.

In that world, guns everywhere, all the time, is only ONE scenario. Maybe with "enough minds," and with enough action, we can come up with a lot better scenario than that.