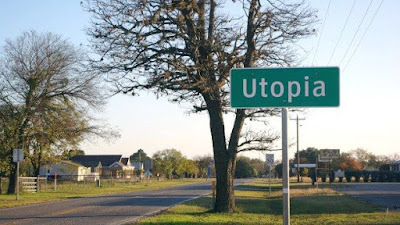 According to NBC News, the "Democratic Establishment" is going into "panic mode." The growing popularity of Bernie Sanders, and the apparent popularity of his message that we need to begin a "political revolution" in this country, is what is causing all the consternation. That kind of talk can't win, right?

Well, maybe, or maybe not, is my reaction. Definitely not if people decide it's not possible. Nothing is possible if you won't even try.

I was somewhat surprised to find author Ta-Nehisi Coates counted among the "Democratic Establishment," which is where NBC News has placed him. Despite his recently revealed predilection for dining well on oysters, I have never thought of Coates as an "establishment" kind of guy, but according to NBC News, Ta-Nehisi Coates has criticized Sanders for proposing "utopian prescriptions," specifically including single-payer health care and breaking up the big banks. That kind of criticism is exactly consistent with what the party "establishment" is saying.

Since I am officially on record as holding that "anything" is possible in the human world that we create, and since it's my position that we have "infinite" opportunities to create whatever human institutions we want, I am not a fan of the idea that "utopian prescriptions" are bad medicine for the body politic.