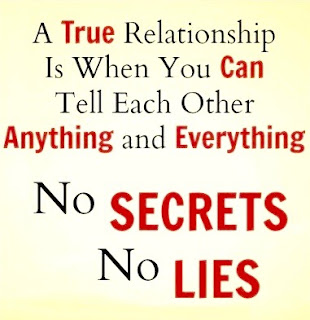 The advisory above is probably a pretty good piece of advice with respect to how our personal relationships should be arranged.

Why couldn't it work with respect to how the government treats us?

It is particularly galling to realize that the government is attempting to assert its right to know everything about every citizen and resident, even to the point that it is stealing our emails and website searches without any notice whatsoever, but will not make official governmental records available to a governmental official who is specifically charged with investigating governmental abuse.

I'm pretty sure that our government's behavior demonstrates, virtually conclusively, that we don't have a "true relationship."

It's up to us to make sure we establish one. That is, if we do want to be in charge of the government that we have been taught to think is working for us!