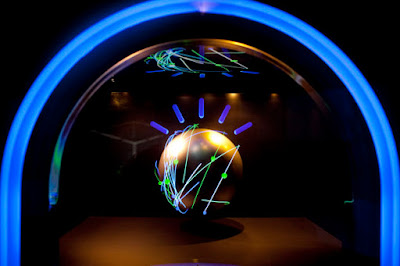 On December 1st, as world political leaders gathered in Paris to confront global warming, Damon Beres, Tech Editor of The Huffington Post, suggested that "technology" (as always seems to be the claim) is going to solve our problems:

The future has yet to be decided -- and there's no reason to sit around and wait for bureaucrats to make all the necessary choices.

Beres' column is a quick read, and I am happy about the technological advances he discusses. However, I have two comments in contradiction to the basic thrust of his article: namely, that "technology" is what will really make the difference on global warming.

First, "bureaucrats" don't make the kind of fundamental choices that we are going to have to make if we want to avert a planetary disaster. At least, that's not the way it works in the United States. The political process in our country is one in which, ultimately, "the people" make the fundamental choices, by providing instructions, directly or indirectly, to their elected representatives. It's those elected representatives, wielding the governmental power obtained from the people, who tell the "bureaucrats" what to do. In our society, fundamental choices, and choices about how we allocate our resources, are ultimately "political" choices, not "bureaucratic" ones.

Second, Beres cites Reid Hoffman, a rich guy with a very strong sense of his own greatness, as an authority on global warming, quoting Hoffman to say that our planetary problems will be solved by "breakthrough technologies built and deployed by entrepreneurial companies with global scope."

Not really! The economic "marketplace" is what got us to where we are. Looking to entrepreneurial capitalism to deal with the problems of global warming is not going to work. At least, that's my view!

Breakthrough technologies can help, of course; no doubt of that. And entrepreneurial companies can do good things. But to make the changes we need to make, to confront the global warming problems that we have caused for ourselves, we actually do have to make the essentially political choice to restructure our world, and to begin conducting ourselves in fundamentally different ways.

Track down Time To Choose, a movie by Oscar-winning film director Charles Ferguson, to see just how centrally our politics must be transformational. Politics, not technology, is ultimately going to be the decider, because "politics," in the end, is how we make our choices.