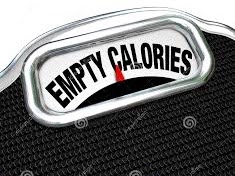 The meaning of the lyrics that topliners come up with is generally a secondary concern ... vocalized beats ... they didn't communicate meaning so much as feeling and attitude.

The October 8, 2015 edition of The Wall Street Journal ran a book review entitled, "Rihanna's Svengalis." The review evaluated The Song Machine: Inside The Hit Factory, by John Seabrook, a cultural commentator who writes for The New Yorker, among other publications.

An article in the March 26, 2012 edition of The New Yorker, published with that same title, "The Song Machine," provides more information than the recent Wall Street Journal review. I found both explanations not only revealing, but appalling. Here is Seabrook's explanation of how modern hit songs are created:

Their approach to songwriting, far from the solitary composer laboring at a piano, is more akin to a workshop. It most often involves what Mr. Seabrook calls the track-and-hook method. First a producer, often working with a number of other producers and engineers, creates the track—made up of the beats, the rhythmic underpinnings of any pop song, consisting almost entirely of synthesized and sampled audio. Producers write a number of tracks in a day and send them in MP3 form to the topliners. These are the Cyranos of the music industry, vocalists who supply the song’s melodies, which consist mainly of short, catchy, repetitive “hooks.” It is not uncommon for producers to send the same track to multiple topliners, picking and choosing elements from the different submissions.

The meaning of the lyrics that topliners come up with is generally a secondary concern. One of the best parts of Mr. Seabrook’s book describes the elite topliner Ester Dean listening to a track prepared by the Norwegian producing duo Stargate and then improvising a vocal line in response. Taking the form at first of only inchoate sounds, then snatches of words (drawn from a list she keeps on her BlackBerry), the lines she created, Mr. Seabrook writes, were “more like vocalized beats than like lyrics, and they didn’t communicate meaning so much as feeling and attitude.” Once the lyrics have coalesced and a good take has been recorded, the producers set about reordering the audio into a more traditional song structure.

Only after all of this does a song find its way to an artist, who rerecords it, adding his or her personal touch. Some artists are more involved in the process than others, but even those who make almost no rewrites to a song still get a songwriting credit and thus a share of the publishing royalties (“change a word, get a third,” the saying goes). In the hands of the right producer and topliner, this method is as close to a guaranteed hit as one can get, but it tends to yield a sameness of sound.

I think a good case can be made that The Beatles, Bob Dylan, The Rolling Stones, and other singers and bands had a transformative effect on our society, beginning in the early 1960s.

But their's was not an "empty calories" music.

If we want to transform our politics, society, and economics, the kind of music that Seabrook talks about just won't do it!